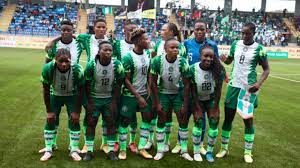 The Lioness of Morocco, Monday night, defeated the Super Falcons of Nigeria 5-4 on penalties to book a place in the final of the ongoing 2022 Women’s Africa Cup of Nations.

Falcons got reduced to 10 players after Halimatu Ayinde was sent off after a clumsy tackle.

In the 62nd minute, an own goal from Moroccan defender Yasmin Mrabet pushed Nigeria to the lead.

Rasheedat Ajibade was also sent off, which reduced the Falcons to 9 women, holding off the Moroccan pressure.

Still with the deadlock unbroken after extra time, the game went into penalties. Ifeoma Onumonu lost Nigeria’s only ball to give host Morocco their first ever victory over the Super Falcons and a place in the final.

Nigeria will play Zambia in the third-place match on July 22 while South Africa and Morocco will battle for their first ever WAFCON Trophy.