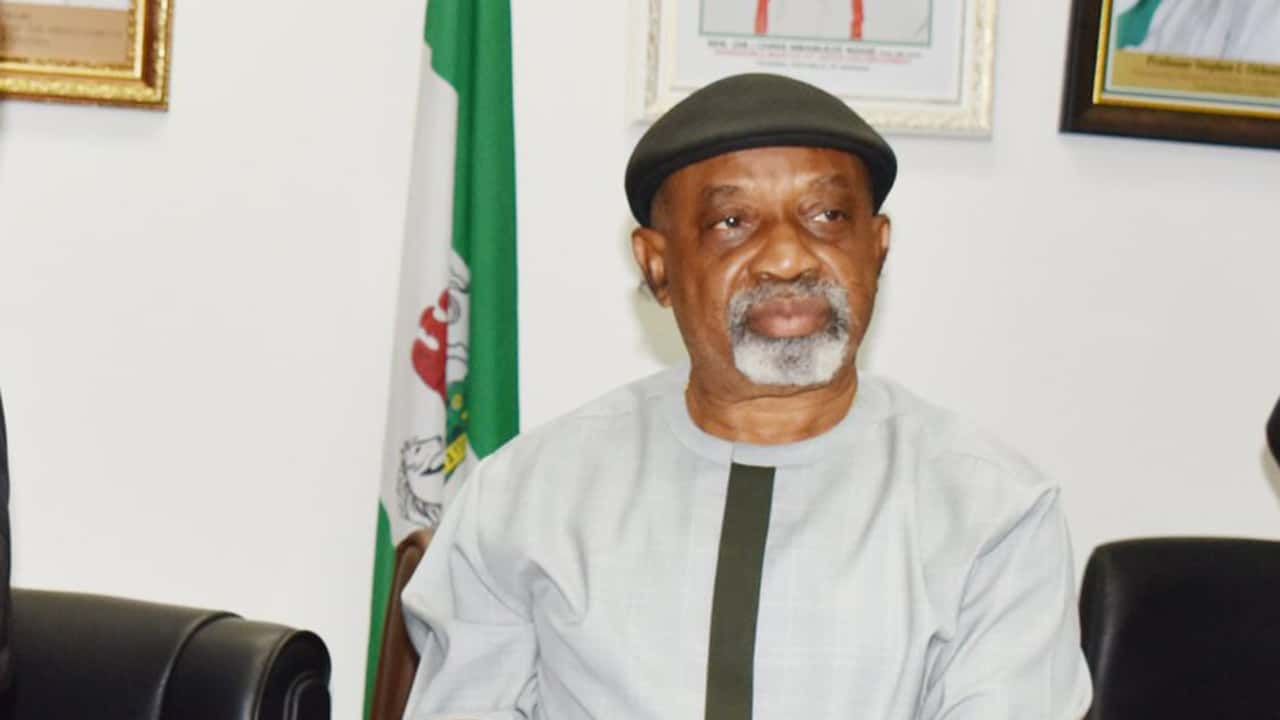 The Academic Staff Union of Universities (ASUU) has ruled out halting its six-month-long strike.

Prof. Emmanuel Osodeke, President of ASUU, made the announcement at a press conference at the University of Abuja on Tuesday.

Osodeke accused the Ministry of Labour and Employment, led by Dr. Chris Ngige as “Conciliator,” of causing further turmoil in the settlement process.

ASUU went on strike on February 14 to advocate for government investment in the nation’s university infrastructure and payment of members’ wages through the University Transparency and Accountability Solution (UTAS), among other things.

According to ASUU President, the Union would never pause its strike, but will instead guarantee that it ends permanently.

“ASUU, therefore, makes bold to say that the Minister of Labour and Employment has taken upon himself the role of unabashed protagonist in our ongoing dispute with the government of Nigeria for some inexplicable reasons.

“Dr Ngige earlier told whoever cared to listen that he was not the employer of university academics and advised the union to march to the Ministry of Education.

“Nigerians may wish to know why he has suddenly turned around to constitute himself into impediment to an amicable resolution of the ongoing crisis.

“The union said it remains focused on its goal of making the Nigerian university system internationally competitive and getting its products to stand shoulder-to-shoulder with their peers in any part of the world.

“We appreciate the teeming Nigerians for identifying with our vision in this respect and we specifically acknowledge the support and sacrifices of our students (including our members who are running their postgraduate programmes).

“We are as bothered as you are because we share a common interest in the Nigeria project.
“However, ASUU shall continue to be guided by the sacred canons of integrity, objectivity, and responsibility to which both academics and media practitioners subscribe.

“It is our fervent hope and desire that the current groundswell of interests would culminate in a convergence of solutions to this avoidable crisis in the overall interest of Nigeria Together, we shall win. The struggle continues,” he said.

He insisted that if Ngige truly intended to be a “conciliator,” he would not be laying barriers in the way of concluding a process that has gone on for more than five years.

“The Ministry of Labour and Employment, as the chief labour ministry of the country, is principally expected to apprehend disputes between employers and employees with a view to settling such disputes.

“The ministry shall normally await reports of disputes by either side to the disputes for settlement. When the Minister apprehends a dispute, he/she must communicate to the parties or their representatives, his or her own proposal for the resolution of the dispute.

“However, ASUU has always had serious reservations about the claim of “conciliation” by someone who has taken sides in the dispute, or by unabashed protagonist in the crisis such as the current Minister of Labour and Employment. It is antithetical to the International Labour Organisation (ILO) Conventions (98, 151 & 154) on collective bargaining.

“It is against the principle of natural justice and the doctrine of equality for Dr. Ngige who carries himself as if he has personal scores to settle with ASUU and shoots down the Union everywhere it matters to assume the role of conciliator,” he added.

Concerning public university finance, he stated that it has become a habit for government officials to talk tough about billions and trillions of naira whenever the thorny issues of education and health sector funding come up for discussion.

He observed, however, that diverse quantities of money in the same region that could have been used for human capacity development and public welfare frequently evaporate into thin air at the end of the day!

“We are not astonished, then, that the leadership of the Ministry of Labour and Employment could condescend to the point of denigrating the import of massive injection of fund into the University Education sub-sector as they tried to miserably dismiss the vexed issue of funding Nigerian public universities and uplifting the country’s intellectual capital.

“ASUU believes that the idea of availability of funds is a dynamic process. For instance, government can mobilize funds from different sources including non budgetary outlets like stamp-duty, GSM and alcoholic taxes.

“We are appalled by the recent calls by top government functionaries at both federal and state levels to establish more universities at a time agencies run by same Chief Executives are tightly squeezed for funding,” he said.

Reacting on the acclaimed breakaway faction of ASUU, Congress of University Academics (CONUA), Osodeke said the union was not aware of any recognised official faction. (NAN)