Why I didn’t escape during Kuje terrorists’ attack – Abba Kyari 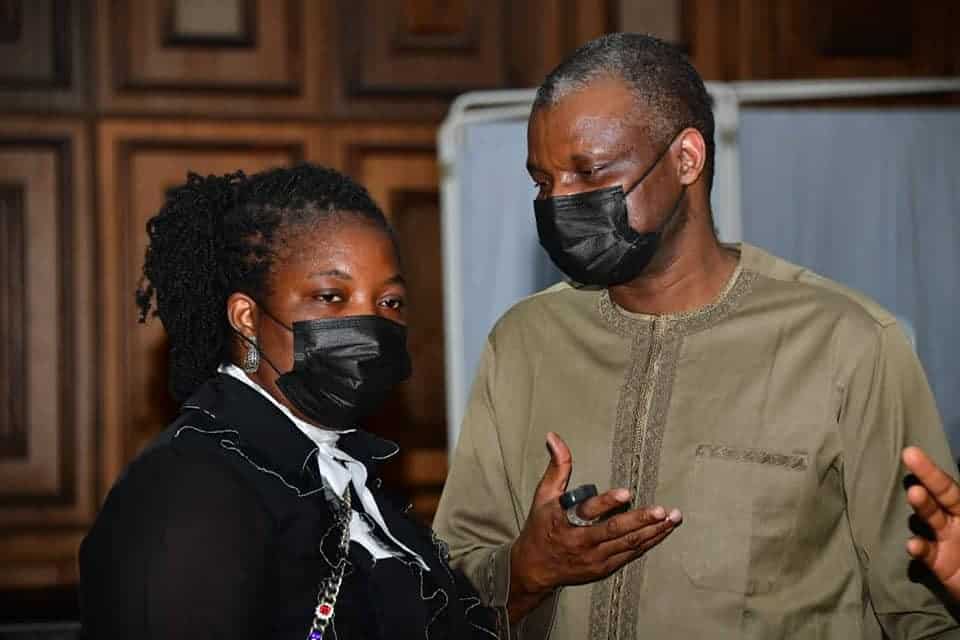 The suspended Deputy Commissioner of Police in the Nigeria Police Force, Abba Kyari, on Wednesday, told Justice Emeka Nwite of the Federal High Court that he had the opportunity to escape from Kuje prison during a recent attack on the facility by terrorists but chose not to.

Kyari, who spoke through his lawyer, Onyechi Ikpeazu (SAN), said the gate of the prison was wide open but rather than escape, he and four other former members of the Police Intelligence Response Team (IRT), in detention over drug offences at the prison hid like rats.
According to him, after seizing the prison for over three hours, the terrorists opened all the gates and forced inmates to escape but he refused to run away.

IS fighters have claimed the June 5 attack on Kuje prison during which hundreds of inmates, including terrorists, were freed.
According to a report by Vanguard, his lawyer, Ikpeazu, while addressing the court argued that the prison attack established “a special and exceptional circumstance” that should warrant the court to release Kyari and his men on bail, pending the determination of the charge against them by the National Drug Law Enforcement Agency (NDLEA).

He said, “My lord, every living soul in this country will agree that there was not just a breach, but that there was a grand terrorist attack by an organization that not only successfully invaded the Kuje prison, but took control of it for over three hours.
“However, the Applicant, being a law-abiding citizen, refused to take off.  If there is anything to establish that the Defendants will not jump bail, it was that circumstance.
“The gates of the prison were left open for over three hours.
“In fact, the Defendant hid like a rat because the organization that conducted the attack went from cell to cell, saying they wanted to take him and the others to the desert. “I don’t know where else in the world, where certified crime fighters that have endangered their lives and abandoned their families to serve the country, are kept in the same cubicle, with same criminals they made their arrest possible, with some of them facing death penalty.

“These people have suffered. They are traumatized by the events of that night. You can imagine what it felt like, witnessing the attackers planting explosives everywhere in the prison.”
Ikpeazu further noted that the Defendants anticipated that the prison could be attacked, hence, their bail application earlier.
The lawyer added that the Defendants, having been suspended by the police and in detention for over five months, do not have the capacity to interfere with witnesses the NDLEA intend to produce against them.
“They cannot even have access to the two convicts that are presently under the protection of the powerful prison service.
“Moreover, there is a constitutional presumption of innocence in favour of the Defendants,” he said.

He, therefore, prayed the court to ignore NDLEA’s contention that Kyari and his men are being investigated over their alleged complicity in money laundering.
Similarly, the lawyer of the 2nd defendant, Gboyega Oyewole (SAN), told the court that NDLEA had in a counter-affidavit it filed in opposition to the fresh request for bail of the detained police officers, noted that “hoodlums who undertook the breach, seized the prison facility for over 3 hours, but to the glory of God, no one died.”

Oyewole, who accused NDLEA of lying, said a security operative was killed during the attack.
He also held that NDLEA’s counter-affidavit was grossly unreliable because it was not deposed to by a prison official.
But the NDLEA’s Director of Legal Services, Sunday Joseph, prayed the court to refuse the Defendants’ fresh bail application, saying there was no evidence to prove that Kyari and his men were being confined with criminals.

He added that under the rule of law, no inmate ought to be accorded any preferential treatment and that nothing was placed before the court to warrant the reconsideration of the earlier ruling of the court that denied the Defendants bail.
“We, therefore, urge your lordship to refuse the application,” he said. After listening to the two parties, Justice Nwite adjourned the ruling on the Defendants’ fresh application for bail till August 30.

The NDLEA accused Kwari and other officers involved in the case of unlawfully tampering with 21.25 kg of cocaine seized from two drug traffickers- Chibunna Patrick Umeibe and Emeka Alphonsus Ezenwane.

The anti-narcotics agency also accused them of dealing cocaine weighing 17.55kg.
Kyari was also accused of attempting to bribe a senior officer of the agency with $61,400 at a restaurant in Abuja.