ACOMORAN warns FG against plan to ban Okada across Nigeria 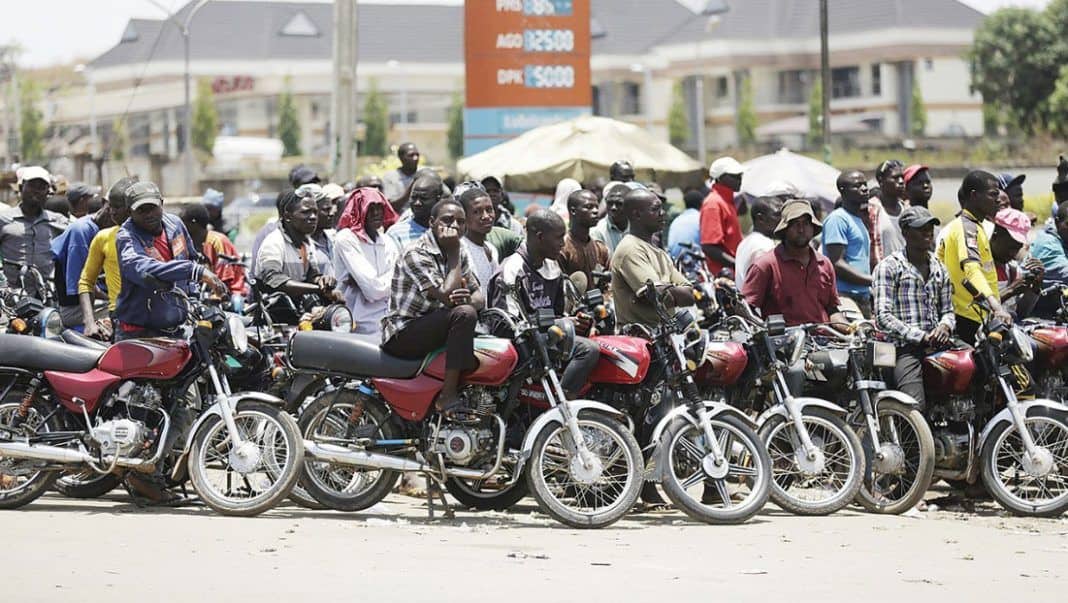 The Amalgamated Commercial Motorcycle Riders Association of Nigeria has warned the Federal Government against implementing its plan to ban commercial motorcycles, popularly called Okada, across the country.

ACOMORAN said implementing the proposed nationwide ban on motorcycles by the FG would be a grave mistake that would do the nation more harm than good.

The National Chairman of ACOMORAN, Prince Shamsudeen Adebayo, gave the warning at a press conference at the union’s National Secretariat, Jabi, Abuja, in reaction to the planned ban on the use of motorcycles across the country by the National Security Council due to worsening insecurity.

Recall that last week, the Attorney-General of the Federation and Minister of Justice, Abubakar Malami, said that the Council had the intention to limit the activities of motorcyclists due to their links to terrorists’ activities in the country.

Malami had said, “Above all, if you are talking of banning motorcycles, for example, I think the number of people using these motorcycles is not up to 20 per cent of the Nigerian population.

“So, if that percentage is called to make a sacrifice that is all-pervading or affecting over 200 million Nigerians, I think that sacrifice is not too much and is worthy of being considered.”

But reacting, the ACOMORAN chairman said, “Without doubt, the council is proposing to put an end to the means of mobility and source of living of 40 million Nigerians directly. The number will increase, at least by another half when you consider those that are directly involved.

“Painfully, these are people whom the government failed to provide with meaningful employment or any form of sustainable empowerment.

“Using motorcycles as a means of commercial transportation has provided the needed job for millions of Nigerians and some of our members include higher institution graduates who would have been an added weight to an already overweight unemployed sector of the country.

“Has the government made any plans to absorb these sets of people into paid employment? Let us not forget that these millions of people have children, spouses and dependents who rely on these riders to provide for them.”

The Union chairman boasted of 12 million active riders and six million registered riders across the country, stressing that these cannot be assumed to aiding terrorism in the country.

The ACOMORAN boss also urged the Federal Government to have a rethink, noting that other solutions should be tried in eliminating terrorism without rendering more citizens unemployed.

“The government should revive the economy for business to thrive. Today, the naira exchanges at N630 naira to a United States dollar and this deals a terrible blow to small-scale businesses. If a solution is found to power supply today, I am very confident that many youths who are involved in criminality will be gainfully employed,” he said.