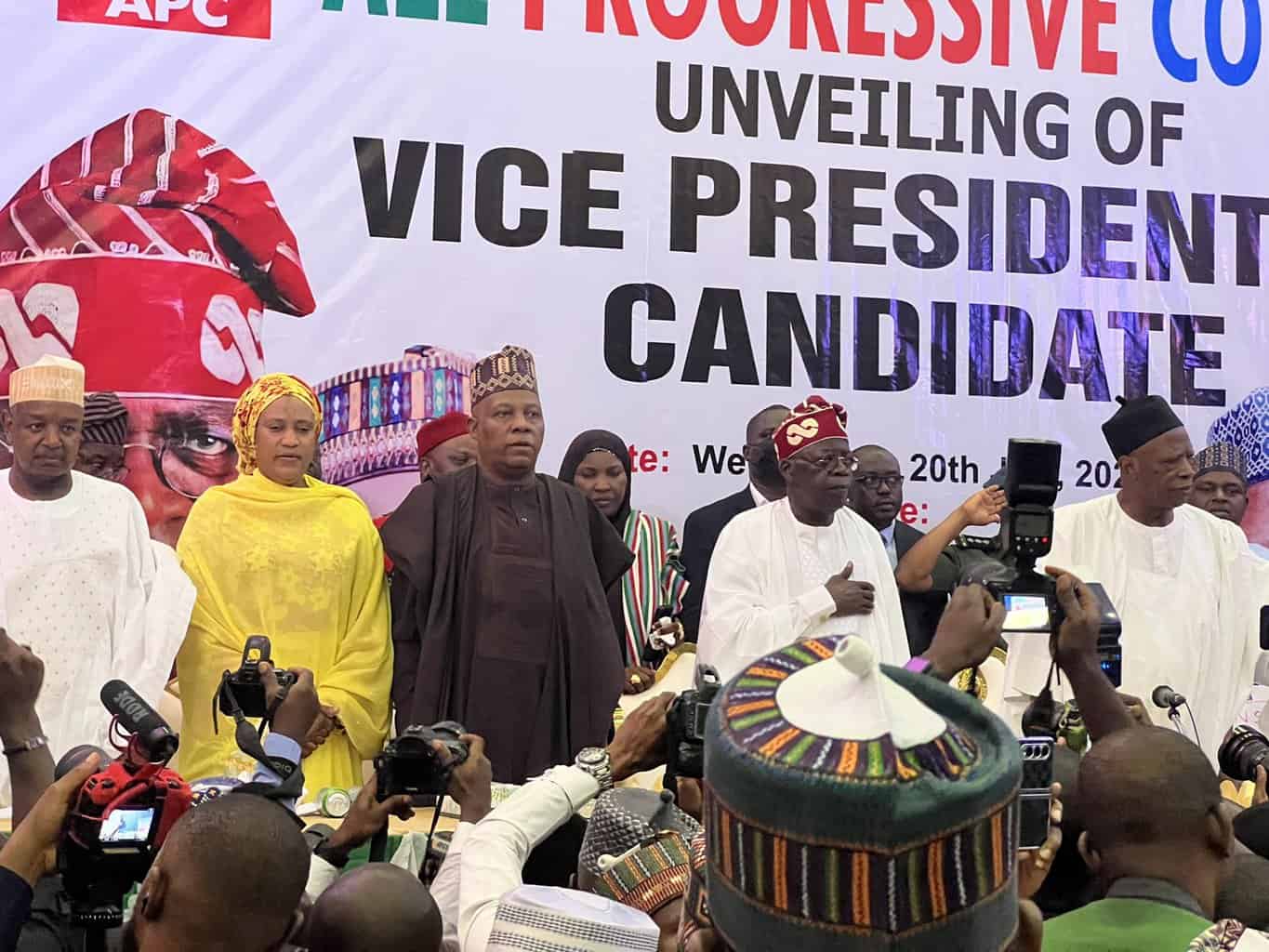 Speakers of northern state house assemblies controlled by the All Progressives Congress have described as a winning formula for the ruling party the combination of APC presidential candidate, Bola Ahmed Tinubu, and his running mate, Kashim Shettima.

The Northern state assemblies’ speakers stated this as they endorsed the ticket, vowing to work for the victory of Tinubu and Shettima in the 2023 presidential election.

The speakers expressed optimism that the APC presidential flagbearer and his running mate would chart a progressive path for Nigeria in all ramifications.

This was contained in a statement by Ibrahim Dahiru Dan-Fulani, Special Adviser, Media and Publicity to the Speaker, Kaduna State House of Assembly, Rt. Hon Yusuf Ibrahim Zailani.

According to the statement, the speakers unanimously resolved to work for the party to ensure Tinubu succeeds President Muhammadu Buhari in office.

“As chairman of the Northern States Speakers Forum, I am informing the general public that Speakers on the platform of our great party have resolved to support our Presidential Candidate and his running mate to emerge victorious at next year’s general elections,” the statement read in part.

Zailani then called all APC faithful and patriotic Nigerians across party, religious and ethnic lines to embrace Tinubu and Shettima.