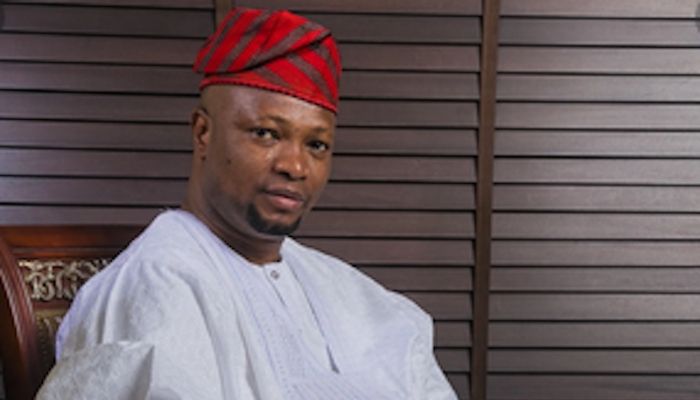 The Peoples Democratic Party governorship candidate in Lagos State, Olajide Adediran, known popularly as Jandor has claimed that the state government is preventing him and his party from executing their campaign plans.

Jandor, who made the allegation on Wednesday, further claimed that the advertisement agencies contracted by the PDP in Lagos had refunded the money paid to them on the alleged orders of Lagos State government.

The PDP candidate made the allegation while speaking on the Arise TV Morning Show programme.

According to Jandor, his campaign posters are constantly being defaced and removed by some hoodlums he claimed were sponsored by the state government all to prevent the PDP from selling its programmes and manifestos to Lagosians.

“I know them. I was coming from them. We will not sit and fold our arms and be complaining,” he said.

“Why I have decided to bring this to the court of public opinion is to let people know what was going on. They cannot stop us from pasting posters. We will turn it into guerrilla warfare and we will begin to go out and paste our posters.

“The moment that of Afromedia happened in Falomo here, I placed a call through to the Lagos police commissioner myself and I said to him, ‘TP, this just happened. It was removed.’ We didn’t even know, we thought it was the hoodlums who removed it. It was after investigation that we realised that it was the state government, through LASAA that removed it. The company in question did say to us, ‘They have asked us not to take anything from you. We will refund your money.’ Just like JCDecaux did refund our money.

“The next day I went to the office of the police commissioner with all our team and told him, ‘Look, if you don’t step in, we may be sitting on a keg of gun powder in Lagos. We will never be allowed to be put in the defensive.

“We will continue to paste our posters. Last week on the Third Mainland bridge, which is even a Federal Government road, our people put some A4 boards. They were removing it in broad daylight. After paying for all of these. We won’t allow this, we will find a way to put our campaign materials out there.

On why he picked the popular actress as running mate, Jandor explained that he chose Funke in order to solidify his ticket and galvanise the needed upset to unseat APC in Lagos.