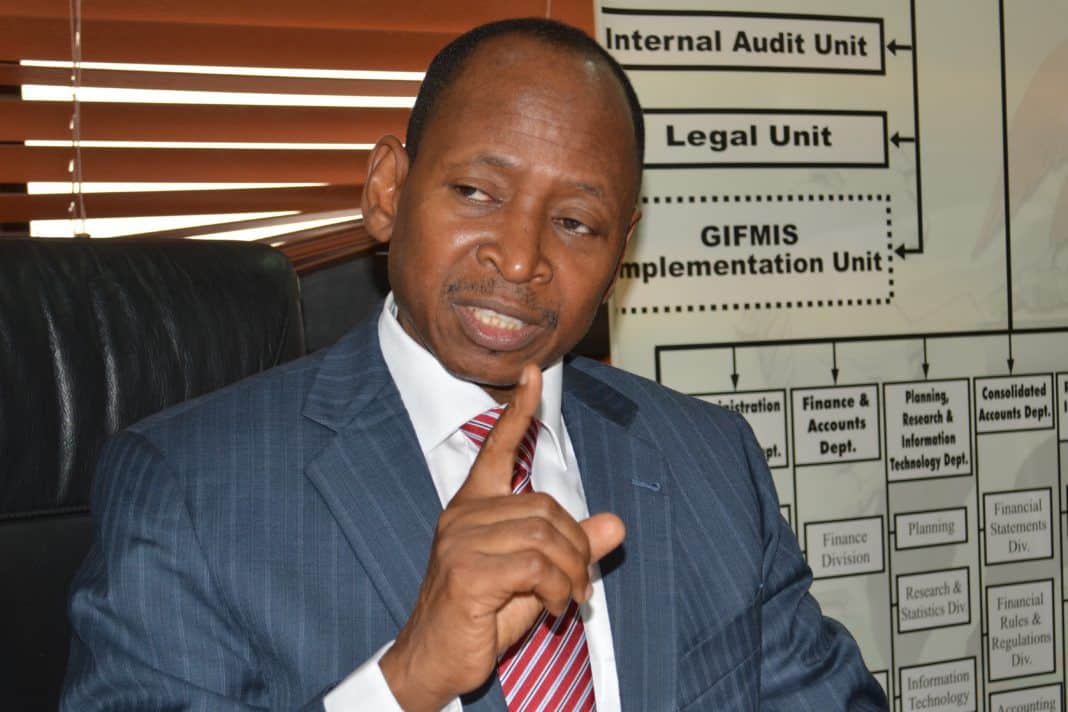 This was revealed on Thursday in Chief Investigative Officer of the case and Prosecution Witness One, Chief Superintendent of the EFCC , CSE Hayatu Sulaiman Ahmed, while being led in evidence by the prosecuting counsel, Rotimi Jacobs SAN, in court.

He said, “We had cause to invite several individuals who had transactions with the Gezawa Commodity and Exchange Limited and found one Baita Ibrahim Kura of B I Kura Ibrahim, a Bureau de Change, BDC, operator based in Kano. We invited him and cautioned him and he voluntarily wrote a statement, claiming he made several payments like N208 million into Gezawa Commodity Market with Jaiz bank.”

The witness further told the court that Ibrahim also admitted to have paid the sum of N866million to one Architect Mustapha Mukhtar of Marsc Construction Limited for the construction of Gezawa Commodity Market and Exchange limited and told told the court that 11.5% of this figure amounting to N44.7billion was put aside as payments to some public officials to facilitate payments to the oil producing states.

“My Lord, investigation showed that Ibrahim received the United States dollars from the first defendant. We also found out that agitation from the nine oil producing states, regarding derivation from the excess crude account, was tabled before the Federal Account Allocation Committee, FAAC and the committee came up with a figure of about $2.2 billion  as what was due to the nine oil producing states, and these amount was to be deducted over a 60 months period on quarterly basis”, he said.

He continued: “After the determination of this committee, my lord, some companies, Akindele and Co, a company owned by the second defendant, Godfrey Olusegun Akindele was presented under the guise of consultancy.

“My Lord, until recently, the second defendant, Akindele was a staff in the office of the AGF, and Technical Assistant to the first defendant. Investigation revealed that N84.39billion was paid into Akindele’s bank accounts.  According to the witness, another transaction occurred on February 12, 2021 with N 21billion paid into his account.”

Ahmed further told the court that funds were shared to some groups, including the Revenue Mobilization Allocation and Fiscal Commission, RMAFC, represented by one of its Commissioners, Peace Akomas, former Deputy Governor of Abia State, who allegedly collected N18.8billion.  He said the money was withdrawn by Akindele  and converted to US dollars and handed  over to Akomas.

“The second group is the AGF group and it got a total sum of N18.01billion. The third group, the Commissioners of Finance in the nine oil producing states, received N21.4billion.  The money was withdrawn by Akindele, converted to US dollars and handed over to Akomas on behalf of the group.

“The fourth group is called the Yari group. This group received N17.15 billion.  The entirety of the sum was transferred to the account of Fimex Professional Services on the instruction of the representative of this group: Abdulaziz Yari, former Zamfara State governor.”

The remaining N8.9billion was retained by the second defendant. Furthermore, N4.29 billion was converted to US dollars by Akindele  as appreciation for the consultancy contract, and the balance of N4.6 billion was given to Akindele.

Ahmed confirmed to the court that all his disclosures were confirmed by the defendants in writing, in their statements admitting to have collected all the monies.

Also, properties purchased with the funds by the first and third defendants were traced to various locations in Abuja, Kano, and Minna, Niger states.