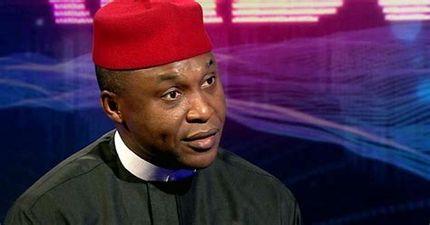 Osita Chidoka, a former Minister of Aviation has said that terrorists in Nigeria are aware that the country is broke and so intensifying attacks on the government.

The former minister spoke on a Channels Television interview programme on Friday.

“This is the root of the problem in Nigeria. They [Federal Government] can not raise the funding to continue to carry out operations in the Northwest and Northeast.

“There is no way the institutions of government could be well funded, absolutely no way because the government is not receiving any revenue.

“The terrorists know that the Nigerian state is at its weakest level, it has no revenue, it has no monopoly of violence, it has no unity behind it, it has no national consensus supporting it.

He also said the military had no business taking part in the internal security of the country, saying military personnel are not trained to do law enforcement.

Noting that with the deployment of the military, it was obvious that the policing system in the country had failed, Chidika added, “In the last seven years, nobody has made an effort to rehabilitate the Mobile Police Force into a competent fighting force that we can use for internal security.”