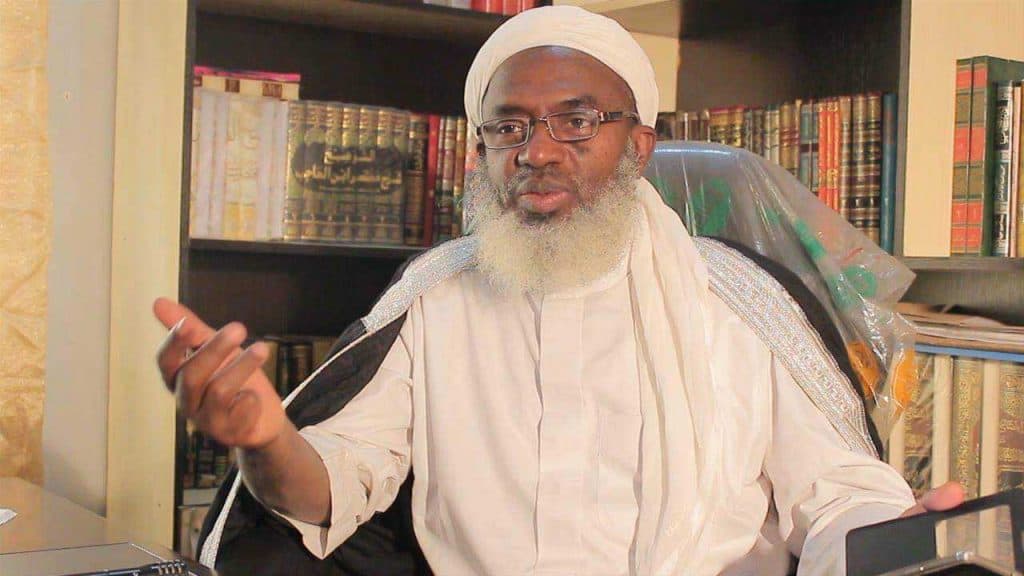 Controversial Islamic cleric and preacher, Sheikh Ahmad Gumi, has faulted the wrong measures of the Federal Government towards the Boko Haram insurgency in the North, stating that both sides of the divide committed crimes.

Gumi said this in a statement on Sunday, adding that if the next President of the country followed the same trajectory, it would result in a greater insurgency.
He said, “The recent BBC Africa Eye documentary and Daily Trust documentaries about the insurgency in Zamfara State have exposed the ethnic and tribal undertones as the real genesis of the decade mayhem the North Western region is experiencing as a whole.
“The crimes were committed by both sides of the divide but unfortunately, the outside world sees one side as the only criminal, and thus the government acted in such a line of thinking, messing up the conflict and applying the wrong measures of communal conflict resolution.

“If the next President also follows the same trajectory thinking that the present government was only dealing with the criminals with kid gloves, then a greater insurgency will definitely ensue. It is taking almost 12 years to fight Boko Haram in the North East, with their leader only killed during a factional fight, not by our military action.

“And now, many BH are fortunately surrendering as a result of the genuine efforts of reconciliation and rehabilitation by the federal and state governments as demonstrated by action, not rhetoric. This unfortunately is irking some, especially the elite as cajoling criminals. To them, anything short of annihilating them is no solution.”
Gumi also advised the next President to be wary of dishonest clergy, noting that they serve to polarise the nation more on the religious divide.
“The next President needs to be intelligent and supported by men with acumen not the ‘garagara’ person with an impulsive temperament that is after the praise of sentimental citizens. He has to act quickly and carefully. He has to centre his efforts and concentration inwards not outside. I know a lot of our problems have roots in foreign interests, yet local problems must be solved locally.
“The President has to be careful of the dishonest clergy. Like mosquitoes, they feed on every system without adding any values except polarising the nation more on the religious divide. I cannot imagine a nation facing insurgencies left, right, and centre, yet the clergy would fold their arms without intermediating to see for conflict resolutions. Rather they are busy fuelling religious polarisation,” he added.