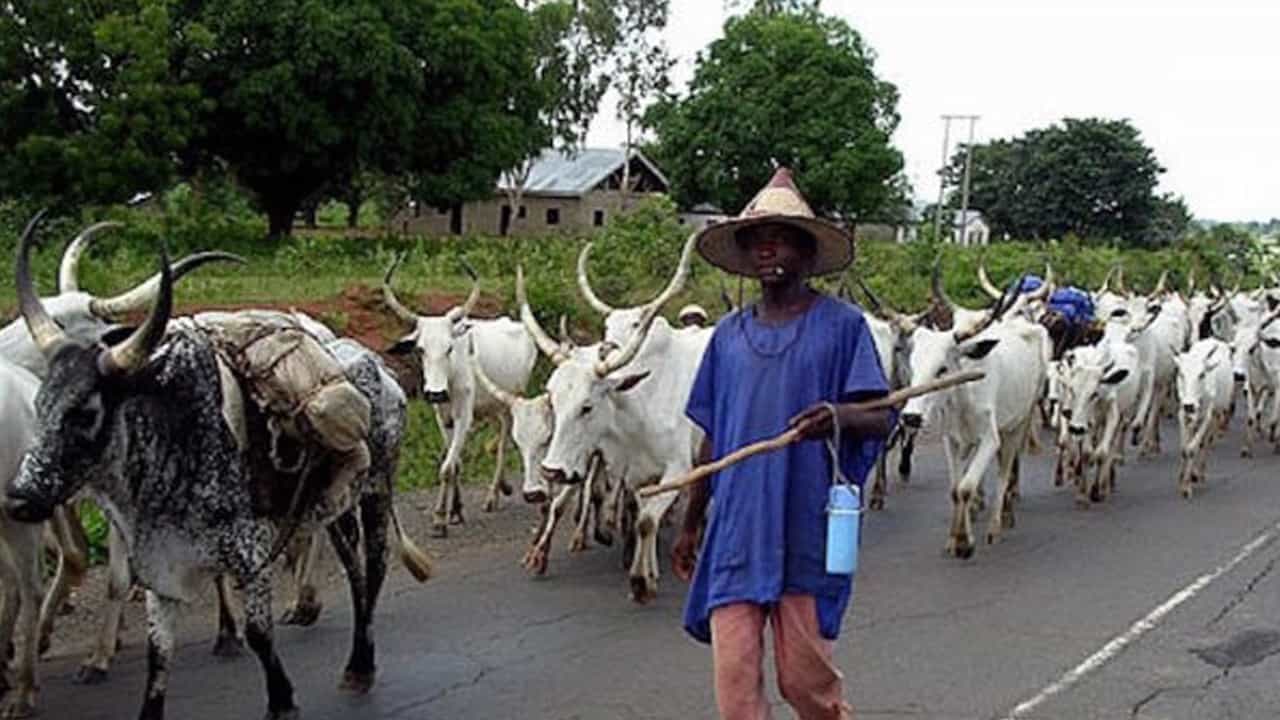 The Eastern Security Network, the armed outfit of the Indigenous People of Biafra (IPOB) has reportedly carried out the enforcement of the anti-open grazing law by driving herders and their cattle out of a forest in Enugu State.

In a viral video, four persons were clad in black outfits and armed with machetes, sticks and guns in a forest, seen pursuing cattle.

In the video, several gunshots were heard in the background while a voice could be heard saying, “This is ESN in Enugu” as the suspected ESN operatives pursued cattle in a bushy area.

The Enugu State House of Assembly on September 2, 2021, passed the Bill for a law to prohibit open grazing, regulate cattle ranching, and for connected purposes.

Although the leadership of the community of northern Nigerians in Enugu State had opposed the Bill during a public hearing, the House while passing the bill said it was not meant to target anyone or group as residents of Enugu State are also rearing cattle.

The Speaker, Edward Ubosi, said, “This bill is for the unity, security and peaceful coexistence among residents of Enugu State. It is not targeted on any group or individual.”

On September 14, 2021, the state governor, Ifeanyi Ugwuanyi, signed the anti-open grazing bill into law, at the Government House.

It was cited as the “Prohibition of Open Grazing and Cattle Ranching Law of Enugu State” after the governor’s assent.