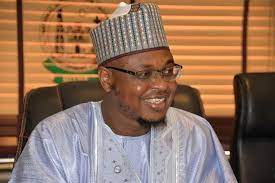 The Minister of Communications and Digital Economy, Isa Pantami on Monday advised the Federal Government against going ahead with the renewed attempts to add a five per cent excise duty to telecommunication services.

If the move succeeds, it means that consumers will pay a total of 12.5 per cent tax for telecom services.

Pantami made his position on the matter known when he spoke at the ongoing exhibition in Lagos organised by the Nigeria Office for Developing the indigenous Telecom Sector, an agency domiciled in the Nigerian Communications Commission.

Noting that the telecom sector already contributes a lot to the Nigerian economy, he said adding more taxes could impact negatively to the sector’s growth.

He, therefore, called on the government to consider taxing other sectors of the economy not contributing to national growth.