EXCLUSIVE: Nigerian railway to suspend train services in Lagos, Kano, others over fear of terrorists 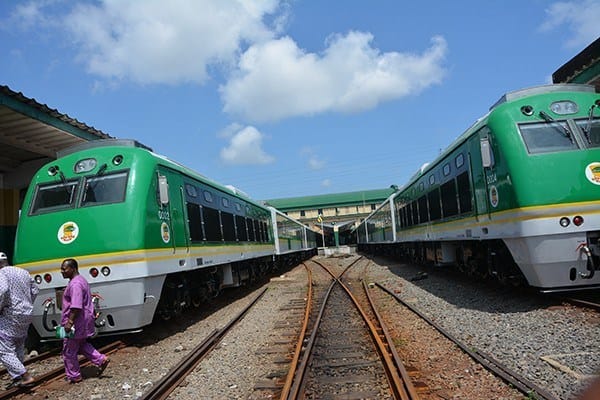 The Nigeria Railway Corporation, NRC, may suspend some of its vital train services nationwide including in Lagos, Kano and other major cities due to some leaked intelligence reports that the terrorists and kidnappers are planning to attack train passengers, Caracal Reports has learnt.

Caracal Reports recalled that the same terrorists attacked an Abuja-Kaduna train on Mach 28 and abducted scores of the passengers – some of who had yet to be released since then.

Already, the NRC on Tuesday announced that train services on the Lagos to Kano route would not be having a stopover at Ajaokuta station due to fears of terrorist attacks.

Fidet Okhiria, the NRC Managing Director on Tuesday disclosed the suspension of train services on the Lagos-Kano route and at the Ajaokuta station to journalists.

He said some passengers were attacked by gunmen along the Warri-Itakpe route on Monday so the train taking the route would not be stopping at Ajaokuta.

Ajaokuta station is part of the central line covering 326-kilometre on the Itakpe-Ajaokuta-Warri railway line.

“We have not stopped, rather what we said was that we are not going to be stopping at the Ajaokuta station.

“This is because yesterday (Monday), while passengers were leaving the station with their private cars and buses, they had people shooting at them. So, we said we will not stop there again for passengers,” he said.

“The train services may be stopped altogether if the terrorist attacks continue. You can remember that we have stopped the Abuja-Kaduna train since March. It may be extended nationwide unless the security situation improves,” a top official revealed.

This brought the total number of victims that had regained their freedom to 27, which means about 35 people are still in the custody of the terrorists.

“My experience is really terrible. I have shed tears of joy that I am going to be united with my family very soon. The experience I have been through in the last four months is not something I can even allow my enemy to go through,” one of the freed victims said.

He further mentioned that the hostages barely ate during the time they were at the terrorists’ den. “There was barely food for people to eat,” he said.