Presidency: Wike may work against Atiku in 2023 if… — Source 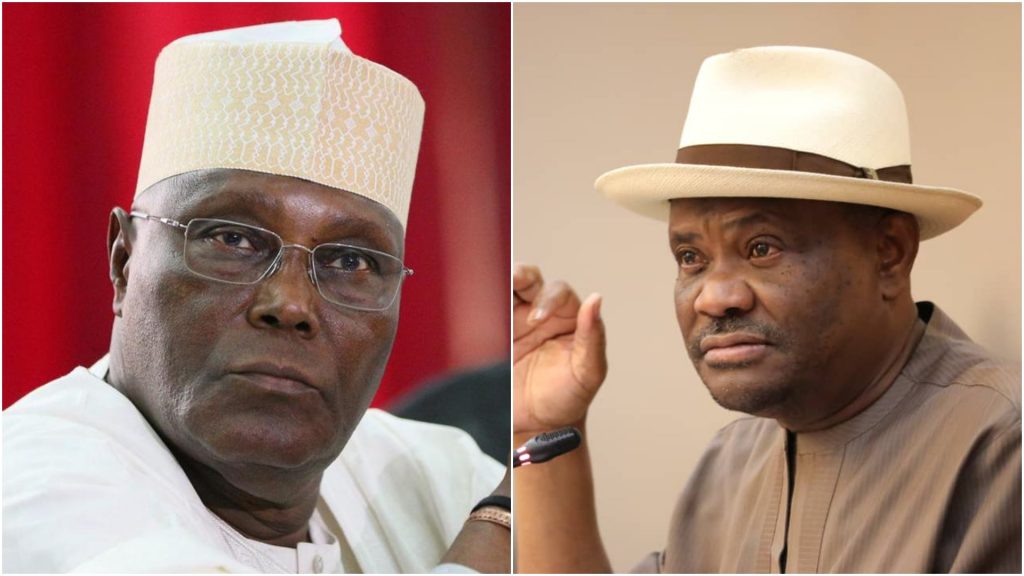 For the first time since the presidential primaries and selection of running mates caused a crisis in the Peoples Democratic Party, PDP, the presidential candidate, Alhaji Atiku Abubakar, and Rivers State Governor Nyesom Wike met yesterday to work out a solution to the impasse.

Despite Atiku and Wike’s meeting, a PDP leader claimed the Rivers State governor may work against Atiku if the issues are not handled appropriately.

“Wike will not leave the PDP, but he will operate as a spoiler,” according to the source. Wike would quickly grab on to and exploit against the PDP candidate those who Atiku does not favour, whether in the selection of the campaign council or he misfires.

He would just declare for Peter Obi once he commences an onslaught against Atiku.

“He is secretly supporting Peter Obi. It will be the same thing Rauf Aregbesola did to them in Osun State.

“Although Aregbesola did not decamp, he instructed his supporters to back Ademola Adeleke. It is the same card Wike may play during the campaigns. “
Indeed, a chieftain of the party in Port Harcourt, said: “The onus is on Atiku and Ayu to lead their charge by being open to bringing something to the table.”

“Except they want to confirm that they induced that top media man to send the message that a man who kept PDP afloat when all others jumped ship, and when the party was sinking, does not deserve some respect and recognition in the party’s power-sharing equation.”

“So, it is not about Wike’s people patronizing Atiku and Ayu. Demands and terms have been speculated in the public space.

“It is not for Wike or his associates to advertise or debate them in the media. When mutual understanding is reached, people will know because Wike is an open person who despises backyard talks.”

Another high-party source, though, stated, “Atiku and Wike are aware of the situation.” They understand that the 2023 presidential election is a make-or-break opportunity for the PDP.

“And there is a need for them to resolve their differences so that we face the election with a united front.”