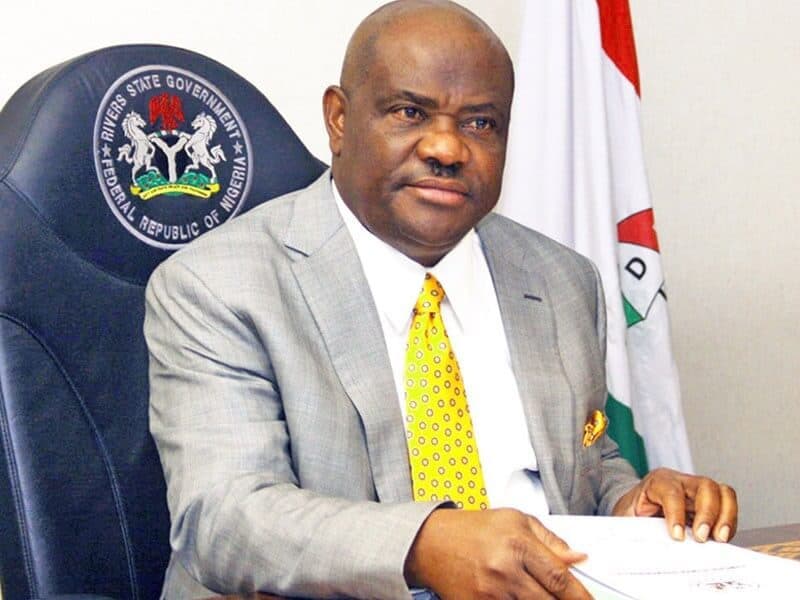 PDP members loyal to Rivers State Governor Nyesom Wike have demanded the restructuring of the party claiming that northerners have dominated the positions in the party.

According to them, the party was skewed in favour of northerners, stressing that any proposed reconciliation between the PDP presidential candidate, Atiku Abubakar and Wike must address this contentious issue.

Wike’s loyalists stated this in separate interviews with The PUNCH as Atiku met with the governor in Abuja on Thursday.

Regardless of the meeting, the members of Wike’s camp are insisting on the restructuring of the PDP leadership, stating that the northerners cannot occupy the positions of the Board of Trustees, chairman, the national chairman and governors’ forum chairman.

A PDP chieftain and former member of the House of Representatives, Ogbonna Nwuke, said as party loyalists, they would support any genuine decision by the party to ensure peace in the fold.

Nwuke, who represented Etche-Omuma constituency in the green chamber of the national assembly said, “We are party loyalists. It stands to reason that as party men, good party men, we will support any move, any decision, any aspiration made by the party or its leadership to ensure that peace reigns in our midst.”

To lay the foundation for peace in the PDP, the former Rivers State Commissioner for Information and Communications, however, said there must be harmony, respect and understanding.

He added, “We are watching from the sidelines, at least to see what will transpire. The BoT has set up a committee to look into the matter. We understand that they want to start with the standard-bearer, we are waiting. As the standard-bearer, he is the shepherd. It is his responsibility to gather the flock.

“So, if Atiku is sincere and wants unity within the party, peace will return. If he believes he has all it takes to go it alone, if he believes that those who are genuinely aggrieved should be left by the wayside, then we will sit by and watch the masquerade play. “

Asked if he was calling for the restructuring of the party’s leadership to enable Southerners to step into some of the key positions, he said that was the way to go.

Nwuke added, “Yes, basically, that is why I raised those questions. What is the logic in all of that when everything is lopsided? We all belong to the same political party and everything is one sided; that is not what was envisioned by the constitution of the PDP.

“So, certainly restructuring these things would have been the first step forward.”

On what their demands are, Nwuke said, “We demand respect, we demand equity, fairness and justice. We demand adherence to the dictates of the PDP constitution: Its spirit and letters have given a sense of inclusion and balance in past, especially when it comes to sharing positions within the party.’’