Trouble in Lagos as Police Anti-terrorism officers ‘protect the rich’ 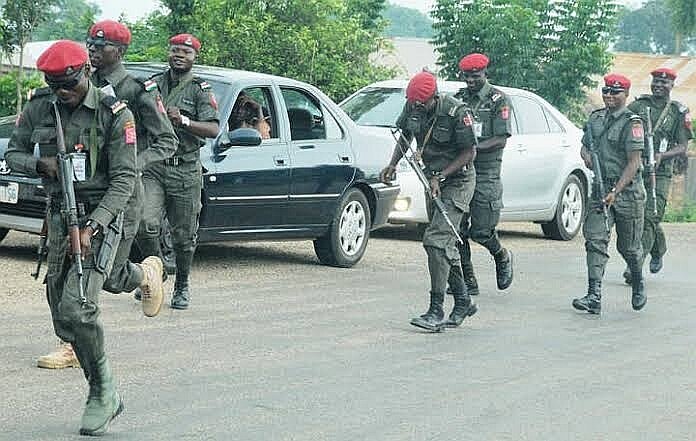 On the surface, it does not appear that their existence is tied to preventing terrorist actions.

The CTU was formed in 2007 as a full-fledged police unit to combat insurgency and horrific crimes.

In Lagos, people wearing red berets may be seen offering escort services in various regions of the state.

Residents are complaining about their attachment to “wealthy folks,” while the nation is attempting to limit the country’s rising insecurity.

Even though Nigeria has been fighting terrorism for more than a decade, the commercial city has not recorded a major attack.

“I see CTU officers almost every day in Lagos and wonder why they are here”, said a civil servant working in Ikeja. “Let’s even assume they are in the State for a purpose, I don’t think that should include following big men everywhere,” he said.
However, the police disputed that the CTU was being abused and stated that they were only appointed for strategic reasons.

According to Muyiwa Adejobi, the Force Public Relations Officer, the Special Protection Unit (SPU) is an arm responsible for bodily protection.

“I know some people are guarded depending on their rank. Senior police officers involved in certain duties are protected by the CTU.

“This is because of the risks associated with their roles. So if you see the CTU with an individual, that person must be high-risk.

“They are specially trained and we don’t deploy them anyhow. The SPU is the unit that handles the protection of approved individuals.

Despite the fact that the police, under various Inspector Generals, occasionally proclaim the withdrawal of CTU and SPU from individuals, the operatives are seldom recalled or later reinstalled.