Ripples in Yabatech over ban on wearing ‘slippers’ to school 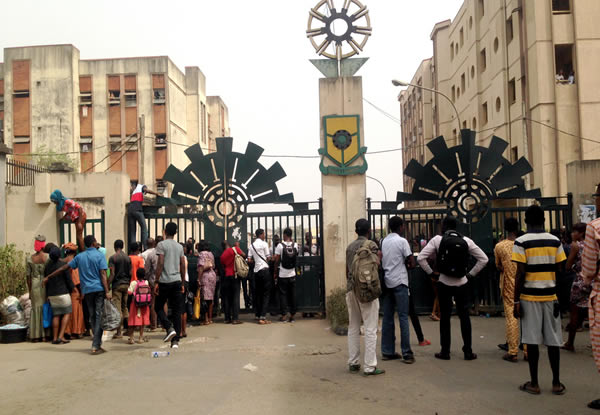 There is disquiet among students of the Yaba College of Technology, Lagos, popularly known as YABATECH, after the authorities banned students of the college from wearing slippers or flip-flops to school, Caracal Reports has learnt.

The ban starts from Tuesday, August 9, 2022. In a viral video on Tuesday, one of the school’s security guards was overheard telling students that starting from tomorrow (today), students will no longer be allowed to come into the school compound wearing slippers.

The school located in Yaba, Lagos was founded in 1947. It is Nigeria’s first higher educational institution.
Meanwhile, the ban has generated mixed reactions on Twitter.
Some praised the decision while some others condemned it, describing it as harsh considering the economic situation of the country and that many students of the college could barely afford to buy textbooks let alone shoes.
One of the commentators, @BuffMaris tweeted, “If you can afford slippers, you can afford a scandal of same price. Though I think they should have announced it a semester prior to effect.”
https://twitter.com/BuffMaris/status/1556547641642815488?t=e3CXlMqAbE8rEHtD6icOrQ&s=19