Suspected terrorists arrested in Lagos after report by Caracal Reports 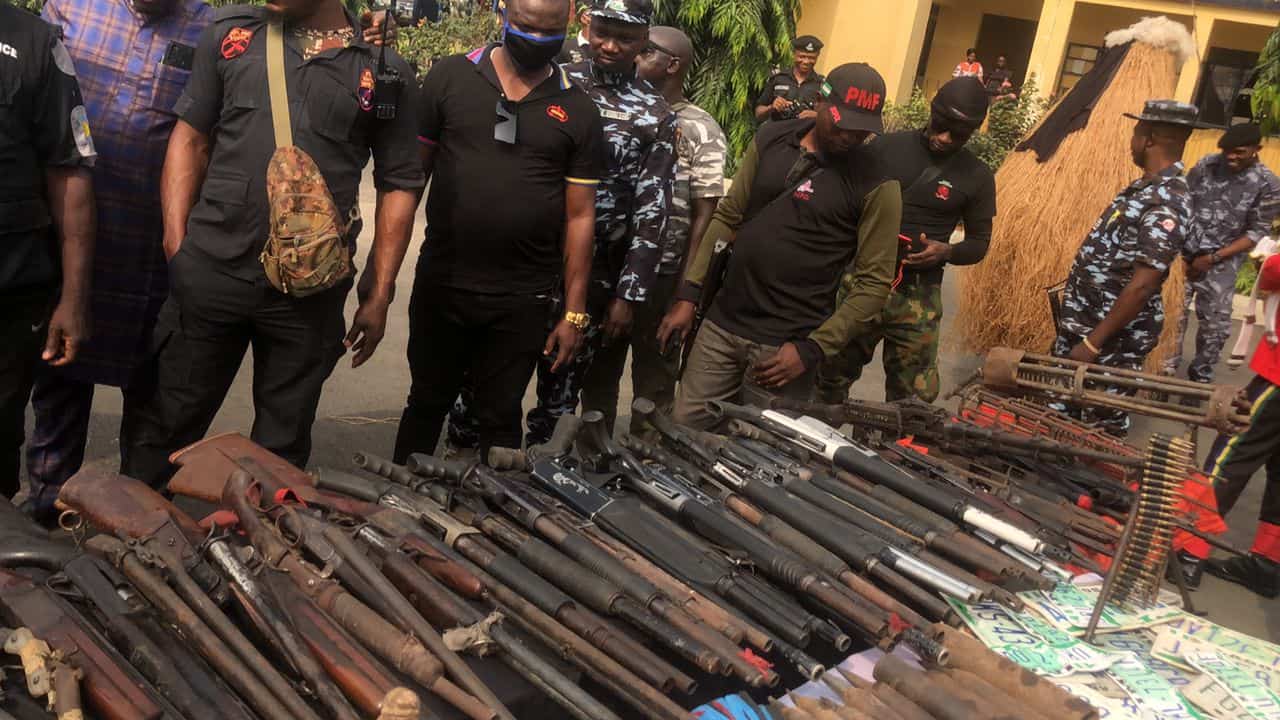 Persons suspected to be terrorists causing havoc in parts of the country have been reportedly arrested in Lagos State.
The suspects who were clad in military camouflage and other accouterments were nabbed in different parts of the state recently.

It would be recalled that Caracal Reports published a story last week detailing how the terrorists had infiltrated the state and how his was causing panic among the residents.

It was gathered that the suspected terrorists were drafted by their sponsors to survey some areas in Lagos for possible attacks.

The arrests, according to reports, were made by the Department of State Service, DSS and the 81 Division of the Nigerian Army.

In an interview with journalists at the 81 Division headquarters in Kofo Abayomi, Victoria Island, the outgoing General Officer, 81 Division of the Nigerian Army, Maj. Gen. Umar Musa on Tuesday, confirmed that many arrests were made, stating that they were handed over to the Nigeria Police Force.

Maj. Gen Musa, said, “I can’t remember how many impersonators we have arrested. But we still have quite a large number of them.

“When we make arrests we hand them over to the Nigeria Police to do further investigation and prosecute them because we don’t have the power to prosecute.”
Though he did not state if they were bandits, he disclosed that the supplier of the army camouflage to the impersonators had also been arrested.