There are indications Wike may work against Atiku – Adeyanju 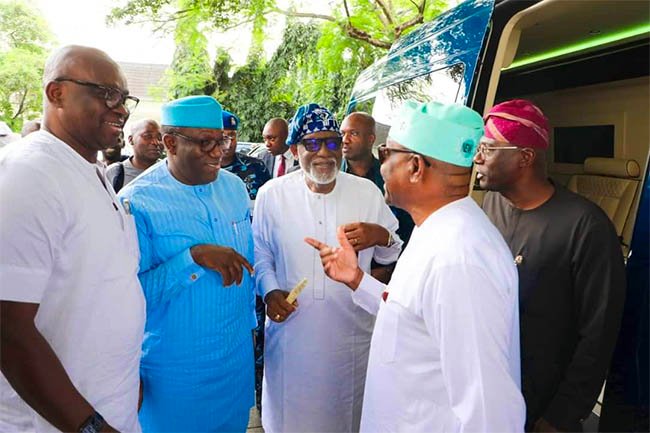 Despite the Peoples Democratic Party, PDP, turmoil, Rivers State Governor Nyesom Wike has continued to mingle with key members of the All Progressives Congress, APC.

Since the fallout from the PDP presidential primaries, Wike has been meeting with APC chieftains, primarily from the Southwest.

Remember that the PDP’s leadership crisis took a fresh turn after the party’s presidential nominee, Atiku Abubakar rejected Wike and chose Governor Ifeanyi Okowa as his running mate instead.

Atiku was accused of ignoring the suggestions of a committee he formed to select his running mate. The committee, led by Benue State Governor Samuel Ortom, suggested Wike as Atiku’s running partner, but the former Vice President chose Okowa instead.

However, three APC governors, Kayode Fayemi of Ekiti State, Babajide Sanwo-Olu of Lagos State, and Rotimi Akeredolu of Ondo State, paid Wike a visit in Port Harcourt, the state capital, a month ago.

Though the meeting’s specifics are unknown, sources suggest that it was intended to entice Wike to collaborate with the APC’s presidential candidate, Bola Tinubu.

Efforts by the PDP to heal relations between Wike and Atiku have failed since the meeting with the governors.

Amid the ongoing conflict, Sanwo-Olu invaded Port Harcourt to commission a flyover built by Wike’s administration.

However, a socio-political activist, Deji Adeyanju, believes Wike may campaign against Atiku because of his newfound affection for APC leaders.

He based his claim on the fact that politicians were selfish and cared only about their interests.

Adeyanju said: “There is the possibility that Wike will work against Atiku and PDP because all politicians care about is their political interest and self-preservation, but in essence, nobody can tell Rivers people who they should vote for or not at this level.”

“But for political expediency and other reasons, you need a governor who can galvanize people so that there will be massive voting so that people will not be disenfranchised.

“The numbers can be significant if the governor can help suppress votes or increase votes. These are some of the issues you need a governor and a party for, so when it’s not working, there is the possibility that the people’s will can be suppressed.”