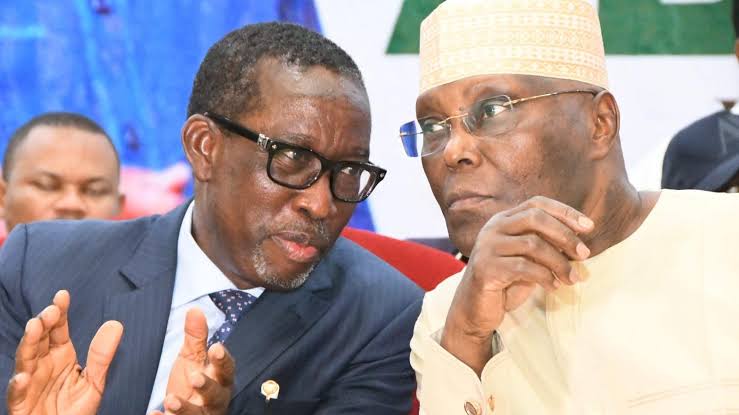 Organisers of the Candidates, a presidential town hall series, on Tuesday announced that the presidential candidate of the Peoples Democratic Party (PDP), Atiku Abubakar will not be participating in the series ahead of 2023 general elections.

The Candidates is an original Daria Media concept, supported by the MacArthur Foundation, NTA and YouTube, launches on the 17th of November, 2022 and on NTA, FRCN, Radio Now, DSTV, Youtube, Facebook and more.

The Candidates is a two-hour live televised town hall meeting series, of the Presidential and Vice-Presidential candidates of the six leading political parties.

These parties were selected using a combination of editorial judgement, aggregated polls by the Centre for Democracy and Development, CDD, occupation of elective offices and presence across the country.

Prince Adewole Adebayo and running mate, Yusuf Buhari, of the Social Democratic Party participated in the series on the 17th November, 2022.

However, Atiku Abubakar and running mate, Dr. Ifeanyi Okowa of the People’s Democratic Party who supposed to be on the program on Tuesday 22nd November, 2022, pulled out due to unavoidable conflicts, açcording to the the organizers.

This was made known in a statement posted on their social media handles on Tuesday.

“Due to unavoidable conflicts,  Alh. Atiku Abubakar and his running mate, Dr Ifeanyi Okowa of the People’s Democratic Party, will not be participating in The Candidates Presidential Town Hall Series,” the statement reads.

Meanwhile, Asiwaju Bola Ahmed Tinubu and running mate, Sen. Shettima Kashim of the All Progressives Congress Party are scheduled to appear on the program on the 23rd November 2022.

Atiku Abubakar, the standard bearer of the Peoples Democratic Party, recently failed to show up at a town hall meeting for presidential candidates organized by Arise Television and the Centre for Democracy and Development.

Ifeanyi Okowa, Delta state governor and vice-presidential candidate of the PDP, was in attendance to represent the party’s flagbearer.

Commenting on the absence of the PDP presidential candidate at the town hall meeting, Okowa said Atiku secured permission from the organisers to be away.

The Delta governor said: “He(Atiku) is outside the country. We duly obtained the permission of the organisers for him to be represented.

“When it is time for debates, we will get into it. But this time, it is a town hall. Atiku has asked me to represent him.”