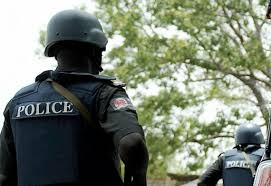 Armed police officers, the Nigeria Security and Civil Defence Corps (NSCDC) operatives and revenue agents of the Anambra State Government have allegedly stormed Kings Planet International School, Okpuno, in Awka South LGA, harassing and shoving around the pupils and their teachers with guns.

The security agents, according to the school management, accompanied the taskforce of the Anambra State Signage and Advertisement Agency (ANSAA) which was hunting for revenues.

The assistant manager of the school, Emmanuel Emeka, at a press briefing narrated that the security agents and the ANSAA officials moved into their crèche and chased out the little children at about noon on the day they came.

Emeka explained that ANSAA had slammed a N100,000 charge on them for four billboards whereas they didn’t have such a number and later increased it to N150,000.
He however alleged that the agency later agreed that a part of the bill could be paid immediately to allow the pupils to remain in school.

He said that he was told to make cash withdrawal using a Point of Sale (POS) machine a policewoman in the team came with, as a part of the payment must be made in cash.
He said “They said that the other N50,000 that was charged for not paying on time has to be paid in cash. So, the N75,000 which is half of the N150,000 was split into two.

“N50,000 was made into the government account and then N25,000 was given in cash as penalty.
“We paid 50 percent of the revenue and penalty charges. There was a police woman among them who had a POS machine. She also charged N200 for her service.”

When contacted, the Managing Director/CEO of the agency, Odili Ujubuoṅu, denied the allegations.
He claimed that the school paid N100,000 into the government’s account.

“Payment is received by the AIRS (Anambra State Internal Revenue Service) and Anambra State Signage and Advertisement Agency (ANSAA) doesn’t receive payment. There was no policewoman in that group.
“On the issue of POS, yes. There is a government POS they go with and the payment is made into the POS”, he stated.