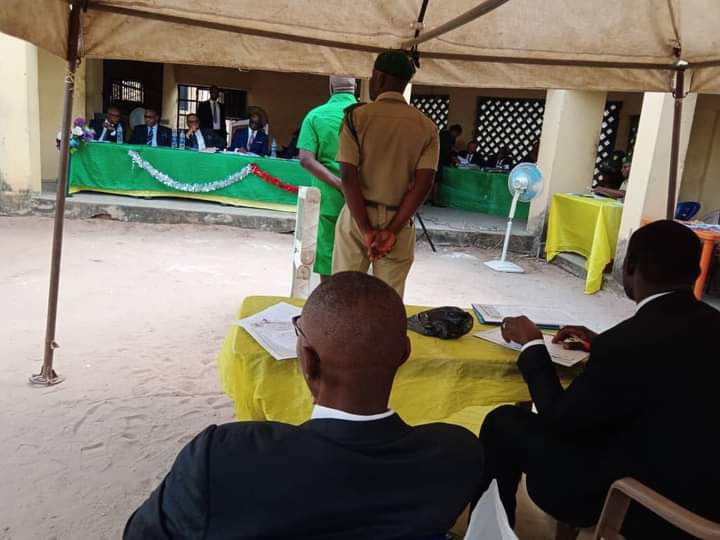 Mr Ejimoleaka who informed the court that he hails from Ezinifite, Nnewi South Local Government Area of the state, was in detention for nearly three years over cases of burglary and stealing of motorcycle before he was convicted and given two year sentence on one count charge.

Delivering judgement after taking submissions from officials of the Department of Public Prosecution, DPP, and a Social Welfare Officer at the the facility, Justice Anyachebelu cautioned the beneficiary to be of good behavior henceforth.

Others, including 26 year old Okechukwu Nchekwube accused of rape, Ugonna Nwawulu; accused of conspiracy and burglary, and Uzochukwu Olisa; accused of receipt of stolen properties, were granted bail and cases ordered to continue at the regular court, including that of 43 year old Ejike Ayika, who allegedly murdered a woman at Okija for fetching firewood at a shrine, and that of 53 year old Chukwuzuberu Onunkwo, who allegedly murdered his mother and wife.

While some of the inmates had spent between five to almost ten years in detention, others’ cases had progressed at the regular court, even as DPP officials informed the court that COVID-19 and insecurity contributed in elongating the trial, after which Justice Anyachebelu reviewed some adjournments for speedy and convenience of trial.

Addressing journalists after court proceedings that lasted for hours, Justice Anyachebelu explained that the annual exercise for every Chief Judge, though requires enormous resources, helps in decongesting custodial centres.

On his part, Assistant Comptroller of Corrections at the facility, Barrister Raymond Okonkwo, who said that while in detention, the inmates were exposed to various skills acquisition training that will enable them have better life, called for support in sustaining the training, even as he thanked Governor Chukwuma Soludo for sending a team and making promises to the centre.