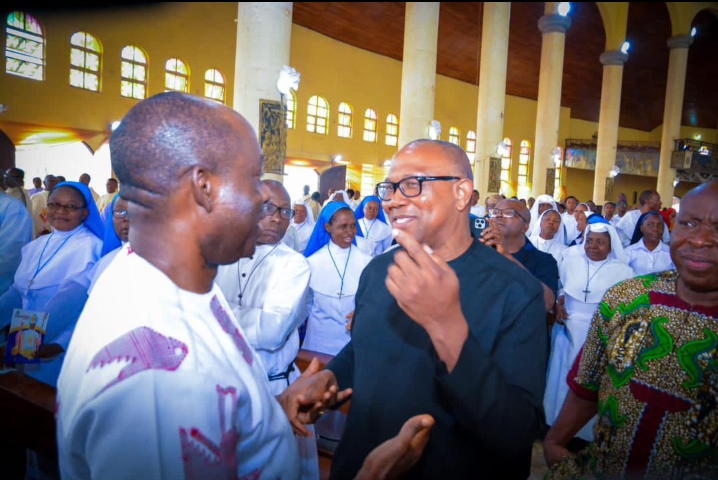 The duo met at a holy mass in honour of seventieth birthday anniversary of the Catholic Bishop of Awka Diocese, Most Reverend Dr Paulinus Ezeokafor.
Supporter of men have been on a clash after Professor Soludo, in an interview with Arise TV, said that Peter Obi will not win the presidential election.

Soludo had earlier said that Obi’s purported investments in Anambra when he was the governor, were worth next to nothing today.
Peter Obi was a governor of Anambra State between 2005 to 2013.