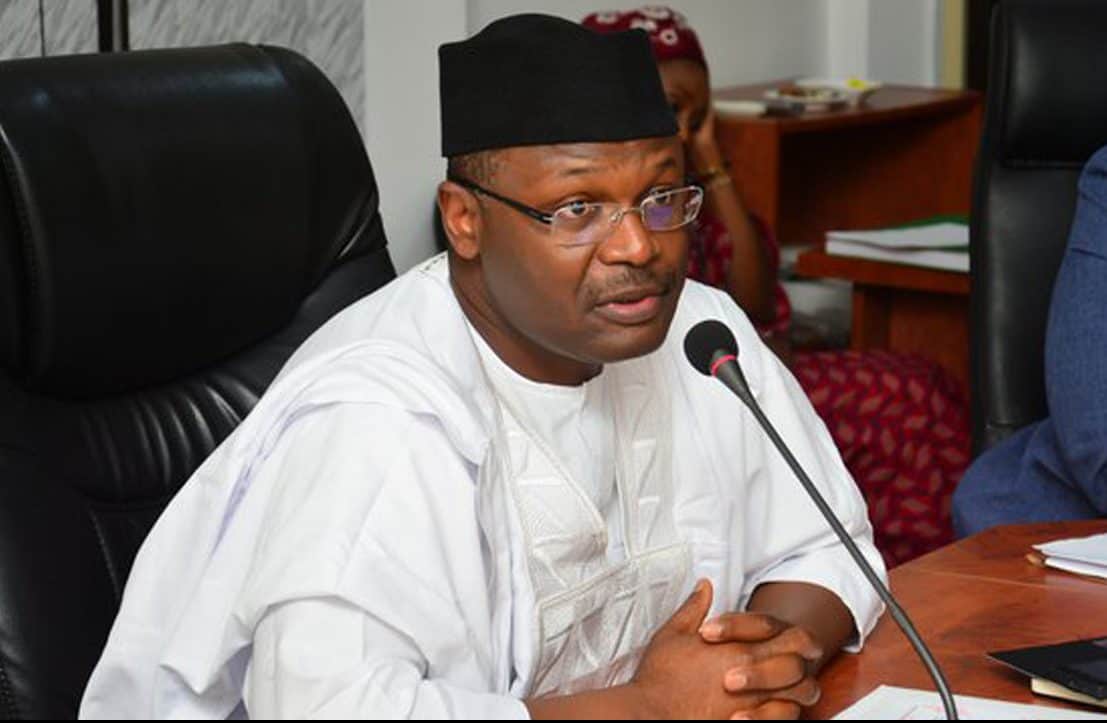 The opposition parties cautioned the Independent National Electoral Commission on Thursday not to give in to pressures opposing the deployment of the Biometric Voter Accreditation System and electronic transmission of results as part of the general elections in 2023.

According to report by The PUNCH, the Peoples Democratic Party, Labour Party, All Progressives Grand Alliance, Social Democratic Party, New Nigeria Peoples Parties, and the Coalition of United Political Parties, insisted that getting rid of the BVAS would taint the elections.

The opposions were responding to comment credited to the All Progressives Congress National Chairman, Abdullahi Adamu, where he allegedly questioned INEC’s ability to conduct a legitimate election using the BVAS.

When a Commonwealth team on the 2023 general elections paid him a courtesy visit at the party secretariat in Abuja on Wednesday, Adamu voiced concern about the deployment of electronic transmission of results.

Suleiman Argungu, the party’s national organizing secretary, shared Adamu’s concern when he named a reliable power source as one of the challenges facing the innovation.

Argungu also used his own state of Kebbi as an illustration of a location where such technology would encounter some difficulties.

But less than a day after they made their assertions, Felix Morka, the APC’s national publicity secretary, declared that the party chairman had been misquoted.

Even though Adamu had asked the INEC if it was prepared to use the technology, Morka said the party is still dedicated to the highest possible standards of electoral openness.

The statement read, “A section of the media is awash with comments credited to the National Chairman of the All Progressives Congress, Senator Abdullahi Adamu on the deployment of the Bimodal Voter Accreditation System and the Results Viewing Portal, otherwise known as electronic transmission of election results, for the 2023 general elections.

“Media reports that chairman Adamu kicked against INEC’s decision to deploy BVAS and electronic transmission of results is patently false, and constitutes an unfair misrepresentation of the national chairman’s comments.

“At a meeting with the  Commonwealth pre-election delegation, yesterday, Wednesday, November 23, 2022, in response to a question regarding the country’s preparations for next year’s election, the national chairman noted that while preparations were in top gear, he tasked INEC to take effective steps to bridge any gaps that may be created by electricity and telecommunications network challenges in certain outlying voting districts in the country in order to ensure a smooth and successful deployment of BVAS and other technologies to ensure free and transparent elections.”

But dismissing Abdullahi’s volte-face, the National Publicity Secretary of the PDP, Debo Ologunagba, said technology had come to stay in the nation’s electoral process, warning those mounting pressure on INEC to desist.

“We know where the pressure is coming from but we must tell them that technology has come to stay; BVAS has come to stay. The whole world wants to witness free, fair and credible elections in Nigeria in 2023. Credible polls are impossible without the use of technology. INEC must not listen to these enemies of democracy. They must resist their antics as Nigerians are solidly behind the commission,” he admonished.

The Director of Strategic Communications, PDP Presidential Campaign Council, Dele Momodu, fingered the APC as the force behind the pressure being mounted on INEC to dump the BVAS.

“APC is jittery and they don’t want to go through the technological process. Whether they admit it or not, they are scared, knowing they cannot win elections anywhere in Nigeria.  Technology will expose their rigging plans. Every other party is interested in credible elections except the ruling party. INEC must, therefore,  not yield to pressure from any quarters,” he advised.

The National Publicity Secretary of Labour Party, Abayomi Arabambi, argued that Adamu’s earlier position was a subtle strategy aimed at putting pressure on the electoral umpire to discard the BVAS.

He said, “It is obvious that the APC is jittery. This is a strategy to put pressure on INEC but it is not going to work. The APC is not the only party contesting in the 2023 election. For the fact that they claimed the man recanted is enough to indicate that they are afraid they will lose the election.

“I expect that the man was in his right senses before he complained about the BVAS, which is the only solution to election rigging. Even INEC has affirmed that there is no going back.

On his part, the National Publicity Secretary of the Social Democratic Party, Rufus Aiyenigba, called on INEC to be firm, saying the Ekiti state governorship election showed how relevant the BVAS is to the electoral system.

“INEC has demonstrated its non-partisanship in the past few years and the SDP will continue to support the commission, particularly its use of technology to improve the conduct of our elections. As a party, we are prepared for the elections. Any individual or group mounting pressure on INEC is an enemy of our democracy,” he declared.

Other opposition parties also warned INEC, according to the Punch report.