Osun Assembly disagrees with Adeleke over change of state’s name 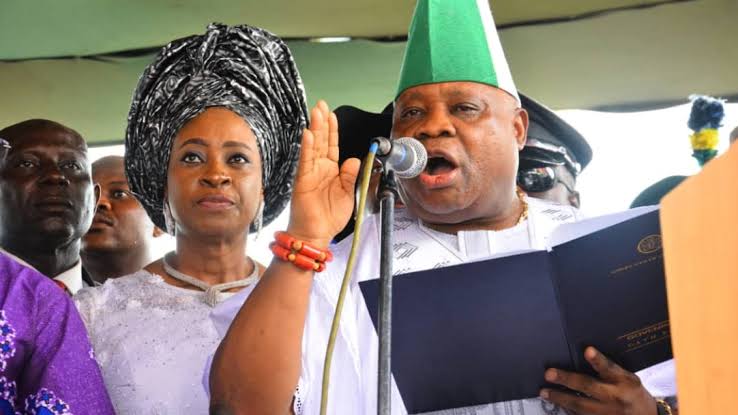 The Osun state house of assembly has rejected Governor Ademola Adeleke’s directive to change the state name to ‘Osun State’ from ‘State of Osun’.

This was contained in a statement by Kunle Akande, the house committee chairman on media and publicity on Monday.

It was reported on Sunday that Ademola Adeleke while making his inauguration speech, Ademola Adeleke, ordered an immediate reversal to ‘Osun state’ instead of ‘state of Osun’, which was adopted during the Rauf Aregbesola administration.

The state government, under the administration of Rauf Aregbesola, had announced the renaming of Osun state as “state of Osun” in 2011.

But in 2017, an Osun state high court sitting in Ilesa declared that the renaming is illegal and therefore, null and void.

According to Akande’s statement, the state lawmakers rejected the directives because they believed the adoption of ‘state of Osun’ is “a matter of law”.

“The enactment ‘state of Osun anthem, crest and flag law, 2012’ assented to on the 18th of December, 2012 contained in Schedule I, II, III, IV and V, which carefully details every component of this law is not in ambiguity.

“Lastly, while we are aware of a court judgment in effect recognizing “Osun State”, the Assembly, pending the determination and exhaustion of all legal means would not be drawn into this matter.

“However, the State shall and will continue to be described as the state of the virtuous (Ipinle Omoluabi).”