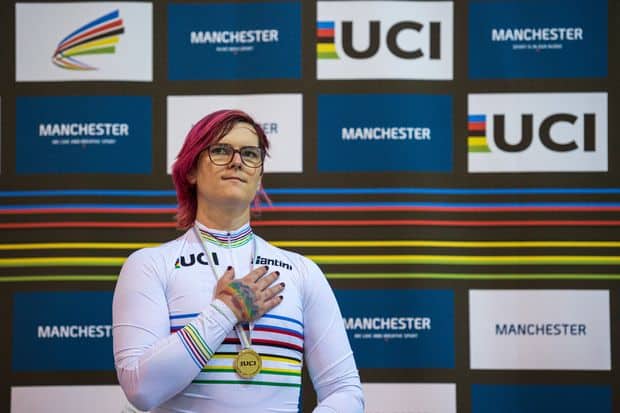 Governor Asa Hutchinson’s efforts did little to dissuade the passing of HB 1570, dubbed the Save Adolescents from Experimentation (SAFE) Act by legislatures. On Tuesday, both the state House and Senate overruled his veto by an overwhelming majority with tallies of 71–24 and 25–8, respectively.

Though similar legislature has been introduced in as many as 16 other states, HB 1570 is the first of its kind to pass. For transgender youth and their families, the bill is a chilling admonition of future adversity.

Refuted as an anti-trans law, HB 1570 deems it illegal for physicians to provide or refer gender-affirming treatments to individuals under 18. The law, sponsored by Republican State Representative Robin Lundstrum and State Senator Alan Clark, prohibits everything from transition surgery to cross-hormone therapy and puberty-blockers.

Unsurprisingly, the bill has sparked controversy, with many supporters of the transgender community outspokenly outraged. JP Evelyn Rios Stafford, Arkansas’s only elected transgender official, heavily criticized the bill and its attempt to ostracize transgender youth instead of focusing on important issues such as poverty.

Rios Stafford said, “I’m here to say you need to listen. This legislation is a national embarrassment for Arkansas.”

According to the bill’s supporters, the goal is to protect young people from irreversible and potentially harmful medical treatments. Alongside a list of potential cross-sex hormone side-effects, the bill claims that gender transition treatments have yet to be proven safe, explicitly citing the “lack of any long-term longitudinal studies” and “no randomized clinical trials.”

The bill also mentions low transgender prevalence rates from the American Psychiatric Association (APA) but disregards the organization’s support for interventions for gender-diverse youth. APA spoke out directly against bills like HB 1507, issuing a news release that read:

“Our organizations, which represent nearly 600,000 physicians and medical students, oppose any laws and regulations that discriminate against transgender and gender-diverse individuals or interfere in the confidential relationship between a patient and their physician. That confidentiality is critical to allow patients to trust physicians to properly counsel, diagnose and treat.”

APA is among numerous reputable organizations that have spoken out against the bill, including the American Psychological Association, the American Academy of Pediatrics, and the American Civil Liberties Union.

Champions of the bill continuously draw focus to sex-reassignment surgery as an unethical and experimental undertaking despite its veritable rarity. Moreover, surgery is but one measure and among the least advocated compared to other gender affirmation treatments disallowed by the bill.

Regarding HB 1570, Hutchinson called the law “overbroad” and “extreme.” The governor also fears the bill might drive people to utilize black markets or go out of state for trans health.

“If House Bill 1570 becomes law, then we are creating new standards of legislative interference with physicians and parents as they deal with some of the most complex and sensitive matters involving young people,” Hutchinson said in a statement to the press. “House Bill 1570 would put the state as the definitive oracle of medical care, overriding parents, patients, and health care experts. While in some instances the state must act to protect life, the state should not presume to jump into the middle of every medical, human, and ethical issue.”

Senator Alan Clark defended the bill’s reach, likening it to laws requiring infant car seats. In other words, the government has jurisdiction and a responsibility to protect the youth.

Some objectors, such as Senator Clarke Tucker, have brought up the bill’s contradictory nature to a recently passed Arkansas law allowing doctors to refuse care when it violates their conscience. HB 1570 requires practitioners to violate their conscience if it calls for them to provide gender-affirmative care.

Previous laws similar to HB 1570 have been struck down for violating the Constitution and sex discrimination statutes. Where those legislatures failed, the SAFE Act prevailed.

Leaders within the medical industry have spoken out against HB 1570 and forewarn dire consequences for transgender youth.

“We are in the middle of a pandemic that has led to staggering rises in mental health concerns among children and teens. Transgender children had statistically higher rates of depression and suicidal ideation before the pandemic: around half of the transgender youth consider suicide, and a third attempt it,” said American Academy of Pediatrics president Lee Savio Beers.

A recent study found that nearly all parents and caregivers of transgender youth fear that potential laws such as HB 1570 would worsen mental health outcomes. One participant stated, “These laws are transphobic and contribute to violence against gender diverse people. As a parent, these laws, and the discussions around them, make me fearful for my children’s safety in the community.”

Many believe that politics should not play a role in gender-affirmative medical care and that appropriate medical measures should be discussed and determined by physicians and families rather than the government.

“Today Arkansas legislators disregarded widespread, overwhelming, and bipartisan opposition to this bill and continued their discriminatory crusade against trans youth,” said ACLU of Arkansas executive director Holly Dickson. “As Governor Hutchinson noted in his veto message, denying care to trans youth can lead to harmful and life-threatening consequences. This is a sad day for Arkansas, but this fight is not over — and we’re in it for the long haul.”