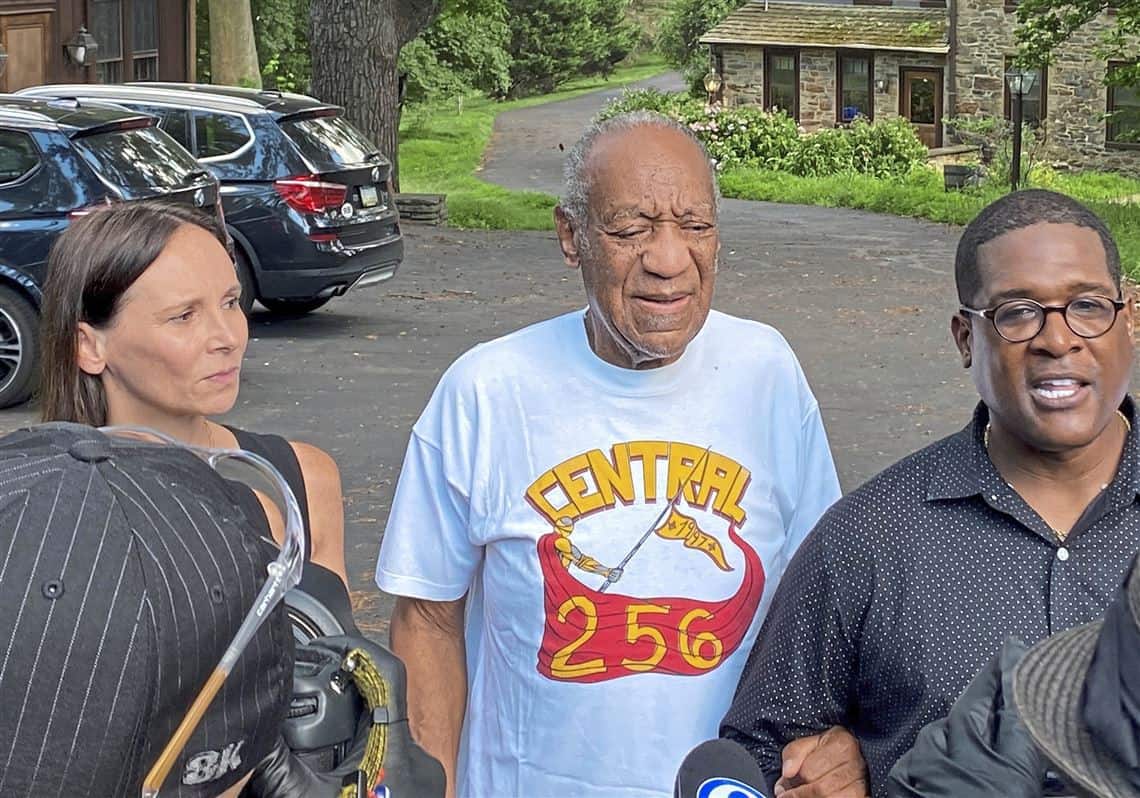 Cosby, who has consistently maintained his innocence, was arrested in 2015 for allegedly drugging and sexually assaulting Andrea Constand in 2004. The now 83-year-old comedian found himself at the epicenter of the then-burgeoning #MeToo movement in 2014 after more than 50 women accused him of sexual assault or rape in incidences dating from 1965 to 2008.

The case Cosby was convicted of was one of few that could be prosecuted due to statute of limitation, but the comedian and TV star is now set to be free in a controversial move.

The Pennsylvania Supreme Court ruled that Cosby was denied a fair trial. Cosby’s legal team previously argued that the high-profile accusations against Cosby and film producer Harvey Weinstein created a public sphere that was not conducive to a fair trial.

But the Pennsylvania Supreme Court overruled the conviction due to a non-prosecution agreement Cosby and his legal team signed with a previous prosecutor.

In 2005, a former prosecutor gave Cosby assurance that he would not face criminal prosecution in return for his testimony in a subsequent civil case with the same accuser, Andrea Constand. In the civil case, Cosby admitted to giving quaaludes to women he wanted to have sex with.

Cosby’s case was one of the first major #MeToo cases that resulted in prosecution and conviction. However, after three years, the reversal of the conviction has caused concern to many activists and followers of the #MeToo movement.

Lisa Bloom, a lawyer for three Cosby accusers, tweeted and laid out the case that Bill Cosby is not being released because of his innocence but due to the incompetence of the prosecution.

Alternatively, Phylicia Rashād, the actor who played Cosby’s wife on The Cosby Show, tweeted in celebration of the news calling the reversal a correction of a “miscarriage of justice.”

Rashād’s tweet was met with plenty of backlashes, and she later clarified, “I fully support survivors of sexual assault coming forward,” a statement that was met with derision on social media.

In a joint statement with her lawyers reacting to the announcement, Constand said, “it may discourage those who seek justice for sexual assault in the criminal justice system from reporting or participating in the prosecution of the assailant or may force a victim to choose between filing either a criminal or civil action.”

They also added that they want all victims to have their voices heard and they were pleased that Cosby faced an original conviction despite that it was overturned “from a procedural technicality.”

Cosby was filmed returning to his home just two hours after he was released from prison. He appeared before the press and nodded at questions, but he did not give a formal interview.

In front of the press, Cosby’s spokesperson said, “What we saw today was justice – justice for all Americans,” his spokesperson, Andrew Wyatt, said. “Mr. Cosby’s conviction being overturned is for the world and all Americans who have been treated unfairly by the judicial system.”

The spokesperson went even further in a statement to the New York Post, calling it “a beautiful day, also for women.

But social media and the press responded much more negatively to the news that Bill Cosby was freed.

Cosby’s conviction ended his career in show business, but Phylicia Rashād also faced condemnation for her celebratory tweet. Howard University, where Rashād is set to become the dean of the fine arts college, distanced itself from Rashād’s statement. The university said her “personal positions do not reflect Howard University’s policies,” and her job at the university will likely now be contested by irate students.

Bill Cosby and the State of #MeToo

Bill Cosby’s conviction was the first high-profile celebrity to receive a conviction during the #MeToo movement. In terms of high-profile cases, Cosby’s case was chalked up as a win for justice after decades of his sexual abuse went unabated.

Similar cases like that of Harvey Weinstein and Kevin Spacey indicate the mixed successes the movement has had in bringing powerful men to justice for sexual crimes. Weinstein was convicted to 23 years in jail in 2020, but there are some concerns that Weinstein’s appeal case has similarities to Cosby’s.

On the other hand, Spacy has never been convicted despite multiple accusations, and he is reportedly planning a Hollywood comeback.

For the victims of Bill Cosby, the decision by the Supreme Court was a “punch in the gut”.

But Rachel Freeman, President and CEO of the Sexual Assault Center said “his release does not mean that he did not commit the sexual assaults. Don’t look at this as a step backward – it might feel that way, it might feel like a punch to the gut to many of us- but there is so much work left to be done, and we believe you, we support you, and we’re going to keep up this good fight regardless of what happened today.”