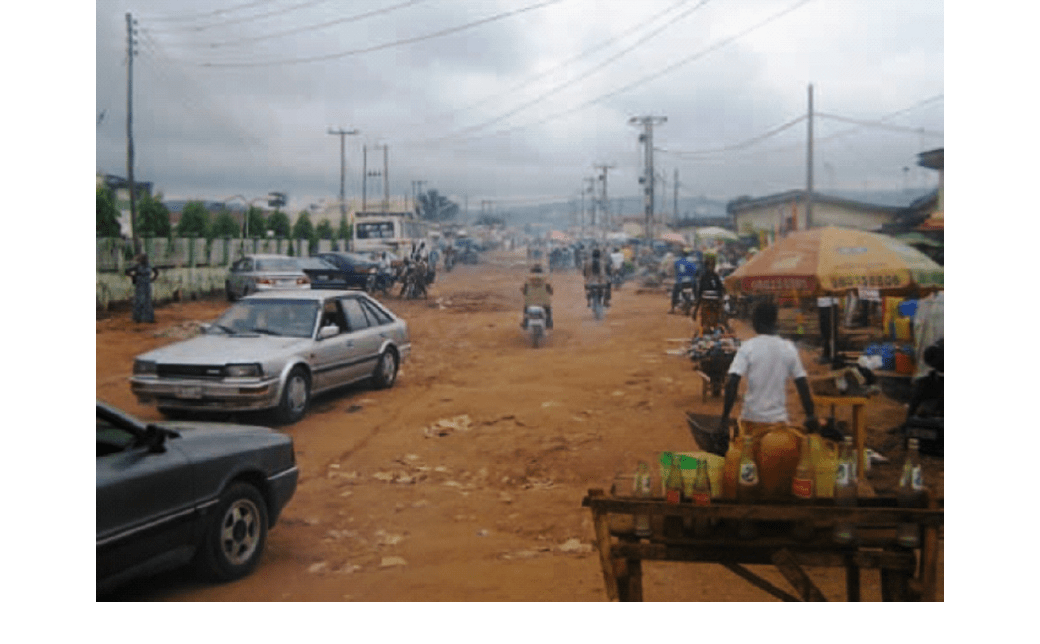 The estate which was developed in line with the National Housing Scheme by the military administration 20 years ago as a government scheme that would make provision of houses for low and medium income earners, appears to have lost taste.

Given the initial arrangement, the estate was supposed to be managed appropriately by developers through the provision and supervision of functional facilities, however, many years after, it is a far cry. There are no functional amenities.

Although a resident confirmed that the roads network within the estate was to be handled by the Federal Capital Development Authority (FCDA), yet residents say the roads are products of self-help.

Investigations reveal that landlords and tenants wail at the turn of events because the activities of FHA/FCDA are no more in line with the vision of the estate.

It was discovered that the entire facilities at the estate deteriorate beyond hope of fixing them. As a result of this, officials of the FHA and Abuja Municipal Area Council (AMAC) are at each other’s throat over tenement rent from both landlords and residents.

The Federal Capital Development Authority (FCDA) which is mandatorily responsible for constructing road networks within the estate failed to do the needful instead they resort to serving the people with demand notice.

A visit to the estate shows that amidst the deplorable state of infrastructure, FHA officials still demand bills on the property from the occupants apart from their normal rent.

A clergy who lives in the estate, Rev Future Billy Jonathan, describes the situation as extremely pitiable.

He said the circumstance is akin to saying the activities of FHA/FCDA officials were beyond what anyone can call corruption.

He laments the level of compromise from those in authority on the policies that bother on human life because of their desperation for money.

“For over ten years I lived in this estate, the conduct of FHA officials is pitiable. We have a challenge in the country especially if you are not in a high position; you don’t have a voice.

72 % of people in this estate are neither landlords nor owners; they are tenants, and the rest of us who are landlords have decided not to run away; we will stay here and bear the pains.”

He said several attempts to reach the FHA management in different spheres failed, saying: “We have passed over one complain to the other but as pitiable as the situation is, the personalities you meet will tell you that they are employees who are at the mercy of the authorities that be.

The clergyman described the development as a wrong step as it impoverishes the residents and enriches the supervisors as against providing better services expected of them.

On whether the residents approached the estate management to address the challenges, he said it was fruitless as the issues remain the same.

The Managing Director of Federal Housing Authority (FHA), Prof Mohammed Al- Amin, however, said the estate in Lugbe and Kubwa were designed as social housing schemes for low-income earners which was why it lacked adequate infrastructure.

At a recent event in Abuja, he noted that the Authority’s estates were divided into two categories such as commercial and social housing, noting that such estates were purposely built for low-income earners.

According to him, “To make those houses affordable to low-income earners, certain categories of infrastructure are provided, so we don’t construct the Dunlop tarred road that you see in Gwarinpa which is a commercial housing estate to cover the cost.”

He confirmed that FHA Lugbe was built 20 years ago under the National Housing Programme, stressing that it was reticulated by road networks, electricity, and water.

Al-Amin said given the wear and tear in most FHA estates; the Authority was making plans to introduce urban renewal programme meant to renew the menace.