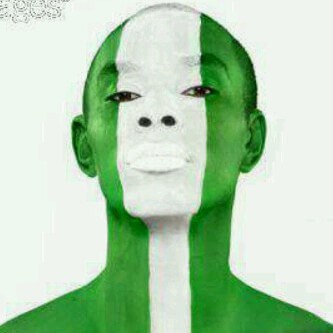 While Donald Trump is maybe taking some bashing and protests in American cities and many other world capitals, for what may be called a far-right radical democracy, Nigerians wish he was here to lead the way. Not too long ago, in an article in the Nigerian Guardian newspaper, in an opinion column, a surprise comment did advocate that the politician we need to run a Presidential or Gubernatorial campaign. Much more than ever now is a Trump kind of candidacy: someone who would say it as it is in canvassing for votes.

We’ve had for too long doublespeak and bare-faced lying politicians who instead of identifying the real reasons for why there is a need for regime change, a personality change, based on concerns, and on things that would make Nigeria stable and work. They canvass on such planks, they end up sugar coating the lie ever so consistently. Perhaps this is the real reason Nigeria never works. We have been sucked for far too long!!!

Muhammadu Buhari and Yemi Osinbajo told the worst lies in Nigeria’s political history in their 2014/2015 campaigns. The public had their fears and skepticism about the duo. But with the multi-ethnic designs including a bow tie and suited Buhari, coupled with an incessant and clever denial of an Islamisation agenda and backed by a Christian Vice Presidential Candidate, we were all fooled. With a well oiled Media strategy from the trio that worked on Obama in 2007, David Axelrod, Ron Emmanuel, and Plouffe. Nigerians especially southerners began to think that we could hand our future to the Muhammadu Buhari/Yemi Osinbajo team. More so that the rhetoric’s spewed against Jonathan sounded so plausible and believable.

The real Nigerian Dream looked so near. How stupid we all were.

Two and a half years later, all of our fears are now real. Corruption was never more hidden in pretense and denial in Nigeria than now. Nepotism, cronyism, ethnic, and religious divide and rule tactics are now the Nigerian factor virtues in practice in the hallowed Aso Rock. These have been moved up as State directives Principles by a President who claims integrity and prays five times a day. The Islamic agenda has unfolded in pogroms directed from the highest quarters and craftily executed by cattle herdsmen from, –according to President Buhari, The Chief of Army Staff, Lt Gen Buratai and the Sultan of Sokoto–from outside the Nigeria.
One would have thought that the role of the Armed Forces was to preserve the territorial integrity of the country. To our chagrin, in today Nigeria, amongst the functions of the Nigerian Armed forces, this is far from reality. Under an Islamic President, a pseudo-democrat, a totalitarian dictator, an undemocratic ‘Military’ man, who has been unapologetically silent about the bombing of unarmed Christians inside IDP camps, has deployed special force unit for the protection of cows. They are organizing ranches inside Army Barracks, killing of Shiite civilians in the North, ignoring rampaging murderous herdsman and using live ammunition for unarmed and peacefully demonstrating IPOB members who were celebrating Donald Trump’s Inauguration in Port Harcourt.

In what appears as a pro-active reaction to an onslaught against the South in 2019 and with the unmasking of the Jihad intentions of the Northern Cabal, two major ethnic nations in the South have gone into their closets and are reformatting. They intend to salvage whatever may be left of Nigeria either before 2019 or to deal with a fall out the scenario from that place. Whether the public is conscious of the game plan or not, Buhari is ready to risk. And here is my prediction. If the south rejects an imposition of results of a 2019 Buhari win for a continuation of his Jihad Agenda, he may stage a coup. This will be a smooth ride, having handed over the security architecture of the nation to the fundamentalists, the irredentist Fulani Muslim officers.

In this impending doom the Igbos, now led by their new President General of Ohaneze Ndigbo, John Nwodo, has raised a new war chant!!!! He says, MASSOB and IPOB boys are his children and that he will not abandon them to military and Police attacks And that in this current dispensation of Buhari’s administration, the behavior has been clannish and is bent on the exclusion of Igbos in the scheme of things. To this end, he is clamoring for the restructuring of the nation. On the other hand, the Yoruba’s have held two recent strategic meetings to determine their fate in a post or before 2019 Nigeria. For the discerning, while we had a narrow escape from a national disintegration in 2015, according to forecasts and ominous predictions, 2019 will be a defining moment in Nigeria’s history.