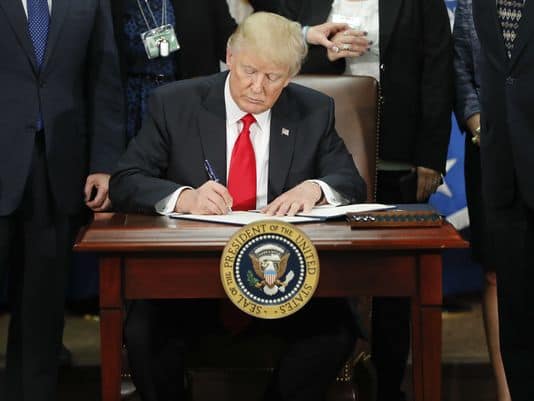 President Trump on Friday bar refuges and citizens from 7 predominantly Muslim Countries. Signing one of his many executive orders on Friday, he said,

“We don’t want them here; we want to ensure that we are not admitting into our country the very threats our soldiers are fighting overseas. We only want to admit those into our country who will support our country, and love our people deeply.”

The executive order suspends the entry of refugees into the United States for 120 days and directs officials to determine additional screening ”to ensure that those approved for refugee admission do not pose a threat to the security and welfare of the United States.”

The order also stops the admission of refugees from Syria indefinitely and bars entry into the United States for 90 days from seven predominantly Muslim countries linked to concerns about terrorism. Those countries are Iraq, Syria, Iran, Sudan, Libya, Somalia, and Yemen.