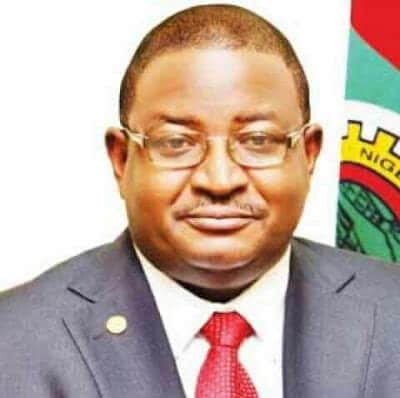 Nigeria’s anti-graft agency, the Economic and Financial Crimes Commission EFCC, has told a committee of the House of Representatives that $9.2 million and 750,000 pounds were recovered from a building belonging to a former Group Managing Director GMD of the Nigerian National Petroleum Commission NNPC Dr. Andrew Yakubu in Kaduna state.

EFCC Acting chairperson Ibrahim Magu said the considerable sum, which is more than N3 billion by the official exchange rate, was the largest ever recovered by the agency in recent weeks.

Magu also disclosed to the House of Representatives Committee on Financial Crimes that N1.25 billion was recovered from a public servant, all in the last two weeks.

Meanwhile, Dr. Andrew Yakubu has admitted ownership of the recovered money from his home.

The Economic and Financial Crimes Commission (EFCC) said on Friday in Abuja in a statement that Yakubu had reported to the commission’s zonal office in Kano and made the statement claiming the money was a gift from unnamed persons.

The commission said that Yakubu, who also admitted that another 74, 000 pounds cash was recovered from him, is currently assisting in the investigation.

Wilson Uwujaren, Head of Media and Publicity of the EFCC, said that a particular operation conducted by operatives of the commission on Feb. 3, stormed a building belonging to Yakubu in Kaduna to recover the cash.

He said that the vast cash was hidden in a fireproof safe.

Uwujaren said that the surprise raid of the facility was a sequel to intelligence, which the commission received about suspected proceeds of crime believed to be hidden in the slums of Sabon Tasha area of Kaduna.

He said that on arrival at the facility, the caretaker of the house, one Bitrus Yakubu, a younger brother to Andrew Yakubu, disclosed that both the home and the safe where the money was found belong to his brother, Andrew Yakubu.

Uwujaren said that when the safe was opened, it was discovered that it contained the sum of 9,772,800 dollars and another sum of 74,000 pounds.

Yakubu, who served as GMD between 2012 and 2014 is already facing trial for money laundering.