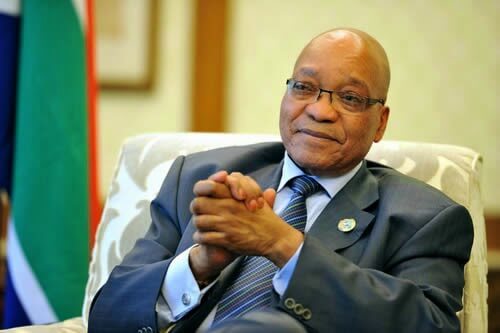 South Africa’s High Commissioner to Nigeria Amb. Lulu Mnguni said that the attacks on Nigerians negated all the values that that country symbolizes, especially the respect for human life, human rights, and human dignity standing firmly against racism, xenophobia, and sexism.

Mnguni who made this known on Wednesday in Abuja condemned the recent attacks on Nigerians saying they were a poor representation of South Africa’s values.

He also said that the South African government had taken measures to ensure that these attacks perceived as hate crimes against Nigerians and other foreign nationals were stopped.

“We are deeply saddened by these acts of violence that have taken place against the foreign nationals, especially the Nigerians affected in these communities.

“The South African Government is sorry for the destruction and wishes the injured a speedy recovery.

“We reiterate our view that South Africans are generally not xenophobic.

“If they were, we would not have such a high number of foreign nationals who have successfully integrated into communities all over the country.

“No amount of anger or frustration can justify the attacks on foreign nationals and the looting of their shops.

“We have dispatched a Ministerial delegation to the affected communities in Johannesburg and Pretoria which is being led by the Minister of Home Affairs, Malusi Gigaba, to address the issues in the area.

“The police have been directed to work round the clock to protect both foreign nationals and citizens and to arrest looters and those committing these acts of violence.

“The security cluster has been instructed to ensure that these matters are resolved to the satisfaction of South Africans and foreign nationals in the communities bringing about better policing between communities and authorities.

“We urge communities to assist the police by providing information on the incidents that have taken place so that the perpetrators could be brought to justice.

“Our government is doing everything possible to sensitize all South Africans that the country is an integral part of Africa and our success or failures cannot be isolated from that of Africa as a whole.

“We expect any issues of concern to South African citizens and residents to be resolved through peaceful dialogue,’’ he said.

Mnguni added that the complaints made by some South Africans about some undocumented foreigners were not enough to attack all foreign nationals especially Nigerians.

“The underlining cause is the fact that we have had complaints about undocumented and illegal immigrants in the country committing crimes or using small shops and business places to carry out criminal acts.

“However, while some foreign nationals, documented and undocumented, have been arrested in relation to these claims, it is wrong to regard all foreigners as being involved with crime in the country.

“Also, not all foreign nationals in the country are here illegally as many have come to South Africa legally and have contributed to our economy immensely with development skills that we might lack.

“Even those who came as refugees escaping conflict in their home countries have also contributed to the social development of the country.

“Our government is also emphasizing on the need for responsible public comments to be made by all leaders, representatives and public figures so as to prevent situations like these from happening.

“We don’t want these incidents to discourage foreigners from coming to South Africa because we need them to develop a cosmopolitan atmosphere.

“We also want an increase in tourism figures from countries within and outside the continent and to promote sustainable economic development in Africa through business opportunities.

“So many countries helped us in our fight against apartheid so it would be wrong to fight against these same nationals in our country.

“We can’t afford to forget where we are coming from so we are promoting this unity so that we can develop our respective countries and Africa as a whole.’’