International Women’s Day: A Tribute to Women in History 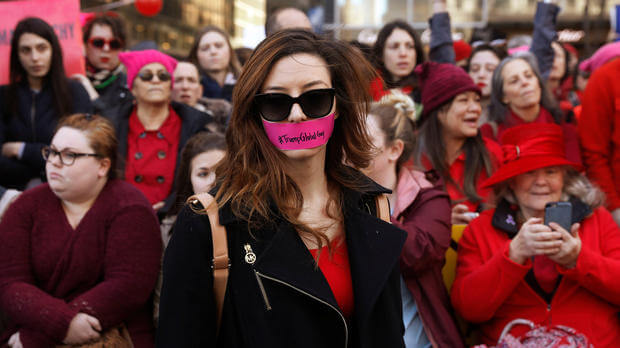 Yesterday millions of women across the world marched in solidarity to bring awareness to women’s rights issues.

Not only is it significant to acknowledge women’s rights and social justice issues today, but it is also important to look back on the powerful movements and the women who shaped history.

In honor of International Women’s Day, I thought I’d discuss some amazing women that have made a huge impact throughout history.

The Background of International Women’s Day

Originally titled International Working Women’s Day, this important date was established to commemorate the movement for women’s rights. The earliest organized event was held in New York on February 28, 1909.

The day was given its original name after the famous strike of the International Ladies Garment Workers Union in 1908. The strike had 15,000 workers, including immigrants, who marched for their entitlements.

International Women’s Day marked the beginning of a revolution for all women, who demanded what were their birthrights and fought for political, social, and economic rights.

The Women Who Made History

Some of the most power women in history date as far as 570 BCE. In fact, Socrates referred to Sappho, a woman, as being one of the greatest top ten poets.

Then there is Jane Austen, who is one of the most famous female authors of all time. She wrote several prestigious novels such as Pride and Prejudice and Emma. She spoke through her writing a time where women were not seen as equals to men or even seen as competent enough to write.

Austen through her lifetime proved otherwise, writing multiple successful novels and never being wed. She showed that a woman does not have to depend on a husband/man, but she can survive solely on the love of her family and the dependence of one self. This was the surrounding subject in which most of her novels were based on, making a difference for younger generations of women that read these books.

There is Sojourner Truth who is an African- American abolitionist and women’s rights activist. Truth is also known for her speech “Ain’t I a woman?” which is a historical poem in which she explains how men and women are equal and should be treated so.

Rosa Parks, who was an American civil rights activist, had her memorable moment in history when she refused to give up her bus seat in Montgomery, Alabama. This one act of courage led to some of the most significant civil rights legislation of American History.

There was also Sally Ride, who was an American Physicist and Astronaut, and the first woman in space!

All of these women were living at a time in which women’s rights were a hard thing to grasp; a world in which women were shunned for wanting to receive an education and achieve the impossible.

They stood up and made a difference. They persevered even when they were told no.

The powerful women in history should inspire all of us to keep fighting and keep making a difference. Then so, will we finally be able to live in a world in which we are all truly equal.