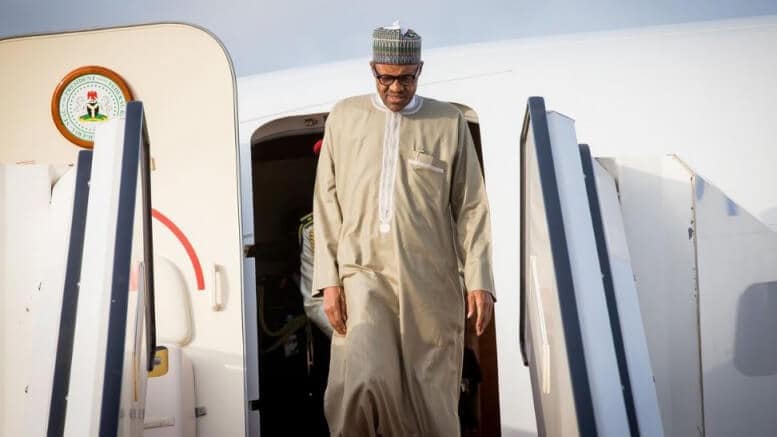 The leave was later extended based on a medical advice by his doctors to enable them to carry out further tests and treatment on the president.

Speculations were rife at a point that the octogenarian was in a very ‘critical’ state and cabinet members made spirited efforts to douse already generating tension over the true state of the President’s health.

It is generally believed that the president’s arrival on Friday will put to rest the speculations about his health.

In the past two weeks, President Buhari has been quite busy receiving visitors from Nigeria and making phone calls to some Nigerians, offering messages of succor, and felicitations.

On Thursday, President Buhari received the Archbishop of Canterbury, The Most Reverend Justin Welby. Prior to that time, it was also claimed that he received some state governors from Nigeria as well as influential party leader Bola Ahmed Tinubu.

Nigeria under Buhari is currently battling a recession, with most of the economic framework of his administration yet to crystallize. The growth rate in the last three quarters of the 2016 financial year was flatly negative.

Investor confidence for Nigeria is at its lowest ebb because of the President’s perceived naivety when it comes to the economy. Simply put, Buhari scores poor marks in the big areas. In spite of three-quarters of negative growth, the President still runs an outdated command and control system.

His anti-corruption war has been perceived by many as ‘witch-hunt’ with the anti-graft agencies allegedly going after ‘corrupt enemies’ of the former military ruler.