When The Media Normalizes Trump 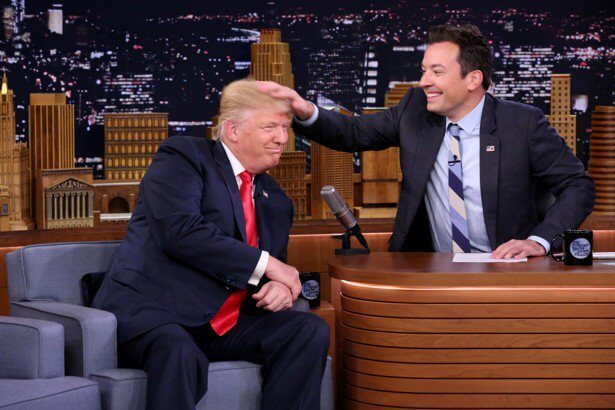 President Trump and the media have a strained relationship, and the press is quick to call out Trump when he says things that are overtly incendiary.

This results in daily shouting sessions between reporters and Press Secretary Sean Spicer, with frustrated journalists trying to get straight answers or clarification from an administration unwilling to admit weakness. Occasionally, this results in good journalism.

Unfortunately, the media has also normalized incendiary actions, and “somber” and “subdued” speeches are enough to warrant Trump the label “presidential.” It also begs the question – when is a president not “presidential?” And by what scale are we making this assumption?

The media has become accustomed to outbursts and baiting rhetoric, welcoming the spectacle after years of being the only people that pay attention to relatively “drama-free” legal wranglings in the Obama Administration. By this account – “drama-free” is synonymous with “presidential.”

However, without the drama of scandals – either by bad Russian connections, dodgy financial conflicts of interest, or sheer incompetence by members of the Trump Administration trying to deflect from the scandals above. The media reports that normalcy has returned, and the person who was elected to be president now appears as a president should – dull.

There’s no more pertinent of an example than the time that Trump gave his much-lauded first speech to Congress, which had all the hallmarks of a radical right-wing populist agenda at best, and an authoritarian message at worst. However, media sources already know this angle (and assumes everyone else does), deferring instead to how he’s “pivoted” back to a “presidential” tone, while only lightly addressing the content.

These praises were lapped up by the Trump Administration for only one 24 hour news cycle before news broke that Attorney General Jeff Sessions met with a Russian Ambassador, contradicting his earlier claim. The situation has spiraled into Trump attempting to counter his lousy press with negative (and poorly researched) news about his predecessor, former-President Obama.

The news hasn’t been boring since, nor has he been called “presidential.”

When The President Doesn’t Act ‘Presidential’

This brings us to the final point. When the president is no longer acting “presidential.” To date, this includes, picking petty fights with celebrities, accusing political rivals of breaking the law, discrediting news sources who criticize his agenda, and then threaten or bully lawmakers, judges, and companies to try and get them on board.

This lack of presidential “attitude” or “tone” can be simplified to “create conflict in the face of criticism” – a defining feature of Trump’s scant first days as president, and the years of campaigning that preceded it.

During the campaign, the mainstream media brought up time and again the question of whether or not Donald Trump could make the pivot from “firebrand” to “refined politician.” At times it appeared as though he did, and as the speech to Congress, the media took the bait before he said something else that got people’s attention.

The press should do away with the arbitrary notion of when and how to define what is “presidential” or “not presidential,” it’s only pointed out incidental moments of familiarity in an administration that’s agenda is characterized by conflicts.

These moments of familiarity should not only be praised but as a time to reflect on why his sober political rhetoric informs his more flamboyant, incendiary actions. The Trump Administration has thus far run on an agenda that defines itself through conflict, and regardless of how presidential he appears, that plan will remain constant.