Serious Incident In London As UK Parliament On Lockdown 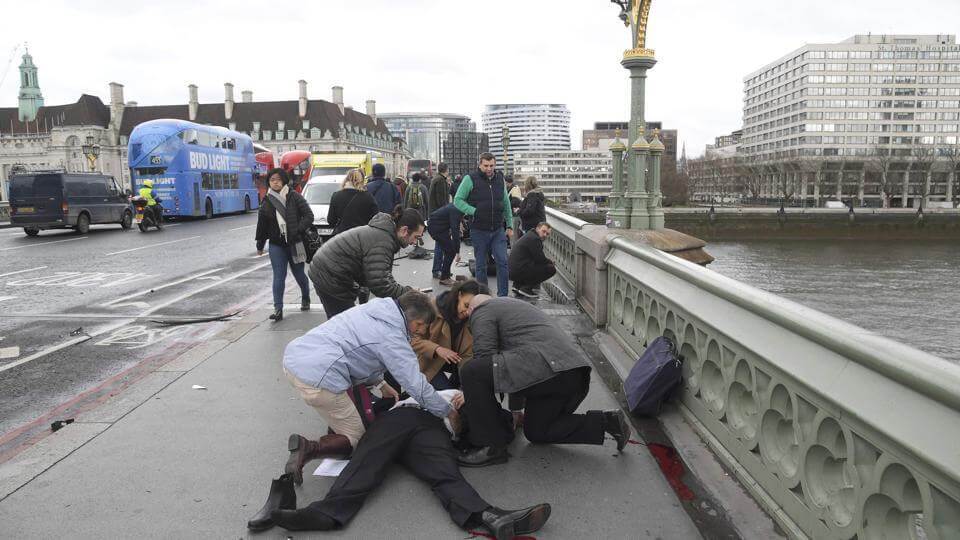 The British Parliament is on lockdown after a man stabbed a police officer and was then shot by another police officer. Witnesses also reported that a motorist on Westminster Bridge drove a vehicle and mown down multiple people before coming to a halt. It wasn’t clear if the driver of the car was also a culprit.
The Metropolitan police said they were treating the incidence as a Terrorist attack.

Inside the House of Commons, the astonished lawmakers were told that they should not leave the chamber.

“At the moment, the very clear advice from the police and the director of security in the house is that we should remain under suspension and that the chamber should remain in lockdown until we’ve received advice that it is safe to go back to normal procedures,” David Lidington, the leader of the House of Commons, the lower house of Parliament, told lawmakers in remarks broadcast live on the BBC.
Mr. Lidington, while cautioning that his information, was “very limited,” said: “What I am able to say to the House is that there has been a serious incident within the estate. It seems that a police officer has been stabbed; that the alleged assailant was shot by armed police. An air ambulance is attending the scene to remove the casualties. There are also reports of further violent incidents in the vicinity.”
The parliamentary complex and the Westminster station on the Tube, London’s subway system, were locked down, and the BBC reported that Prime Minister Theresa May was quickly ushered into a silver Jaguar as the gunfire erupted. An air ambulance landed inside the complex, apparently to evacuate wounded people.