Part 2 of The Mysteries, Corruption, and Collusions of Paul Manafort 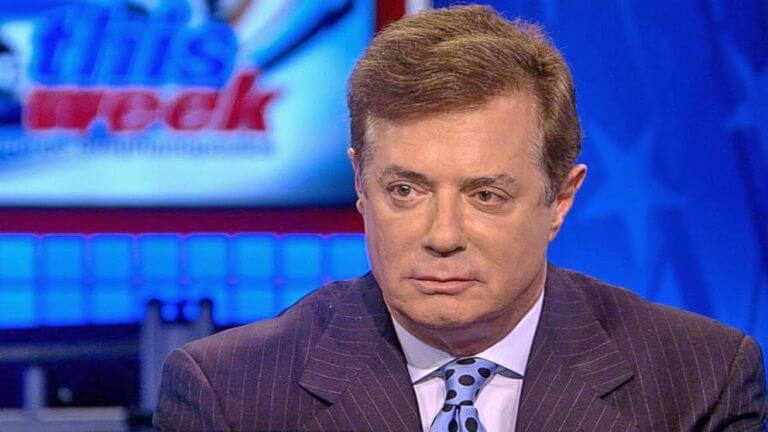 There is probably no bigger red flag in Washington right now than Paul Manafort.

Since Paul Manafort was brought into the fold of the Trump Campaign in March 2016, investigation into his past has continuously uncovered shady business deals involving a pro-Putin agenda in Eastern Europe and the United States.

In August 2016, only three months after taking over the campaign, Manafort resigned as Chairman after reports surfaced of his involvement with Ukraine’s pro-Russian President Viktor Yanukovych up until 2014.

Further investigation has zeroed in on Manaforts’ accounts in the Bank of Cyprus, which has been known as a money laundering haven for Russian mafiosos.

He is also currently under investigation for receiving $12.7 million from the Ukrainian Government.

Treasury agents obtained information connected to Manafort’s transactions from Cypriot authorities, according to unnamed sources by the Associate Press. The request was part of a federal anti-corruption probe into the Former Chairman’s work in Eastern Europe. The Cyprus Attorney General was also aware of the American request.

Another connection to the campaign is that the Bank of Cyprus is owned by Trump’s Commerce Secretary Willbur Ross.

Manafort has (unsurprisingly) been quick to discount any wrongdoing, saying, in a statement, “Like many companies doing business internationally, my company was paid via wire transfer, typically using clients’ preferred financial institutions and instructions.”

However, these reports add to earlier reports that Manafort secretly worked for a Russian billionaire Oleg Deripaska, a close Putin ally, with whom Manafort eventually signed a $10 million annual contract beginning in 2006 to “greatly benefit the Putin Government.”

“We are now of the belief that this model can greatly benefit the Putin Government if employed at the correct levels with the appropriate commitment to success,” Manafort wrote in the 2005 memo to Deripaska. The effort, Manafort wrote, “will be offering a great service that can re-focus, both internally and externally, the policies of the Putin government.”

For the $10 million annual contract, Manafort used a private company, LOAV Ltd., that he had registered in Delaware in 1992 instead of his public consulting firm, Davis Manafort. He listed LOAV as having the same address as his lobbying and consulting firms in Alexandria, Virginia. In other records, LOAV’s address was listed as Manafort’s home, also in Alexandria.

Manafort and Deripaska maintained a business relationship until at least 2009, according to one of AP’s sources.

To clear their name, both have agreed to testify to the Intel Committee. Deripaska said that he was “ready to take part in any hearings conducted in the US Congress on this subject in order to defend my reputation and name.”

Manafort made a similar denial. “I look forward to meeting with those conducting serious investigations of these issues,” denied that he had any pro-Russian involvement, and also agreed to testify before a committee.

Investigation into Coordination Between Russia and Trump

With questions swirling as to whether the Trump Campaign coordinated with the Russian Government to tip the election, Manafort’s involvement is a lightning rod for investigation.

The White House distanced itself from the former Chairman, with Press Secretary Sean Spicer saying Manafort “played a very limited role for a very limited amount of time” in the presidential campaign.

Unfortunately for them, we have this thing called the internet and memories. So we KNOW that Manafort did not play a very limited role. He was Trump’s campaign Chairman, which is at the very top of the campaign. In fact, the only person who is higher than Chairman is the candidate himself.

Spicer said at a later press briefing that Manafort was hired to oversee the campaign’s delegate operation. “To be clear, he got the job done on the delegates,” Spicer said. Nice save.

The House Intelligence Committee has been conducting hearings investigating the links between Trump and Russia, under the questionable leadership of Chairman Devin Nunes. One thing is certain – the investigation is heating up, and there is likely much more that will surface in the coming weeks.

Photo by ABC/ CC BY