Nigeria: A Clash Of Religion And A Neglected IDP Camp In The South 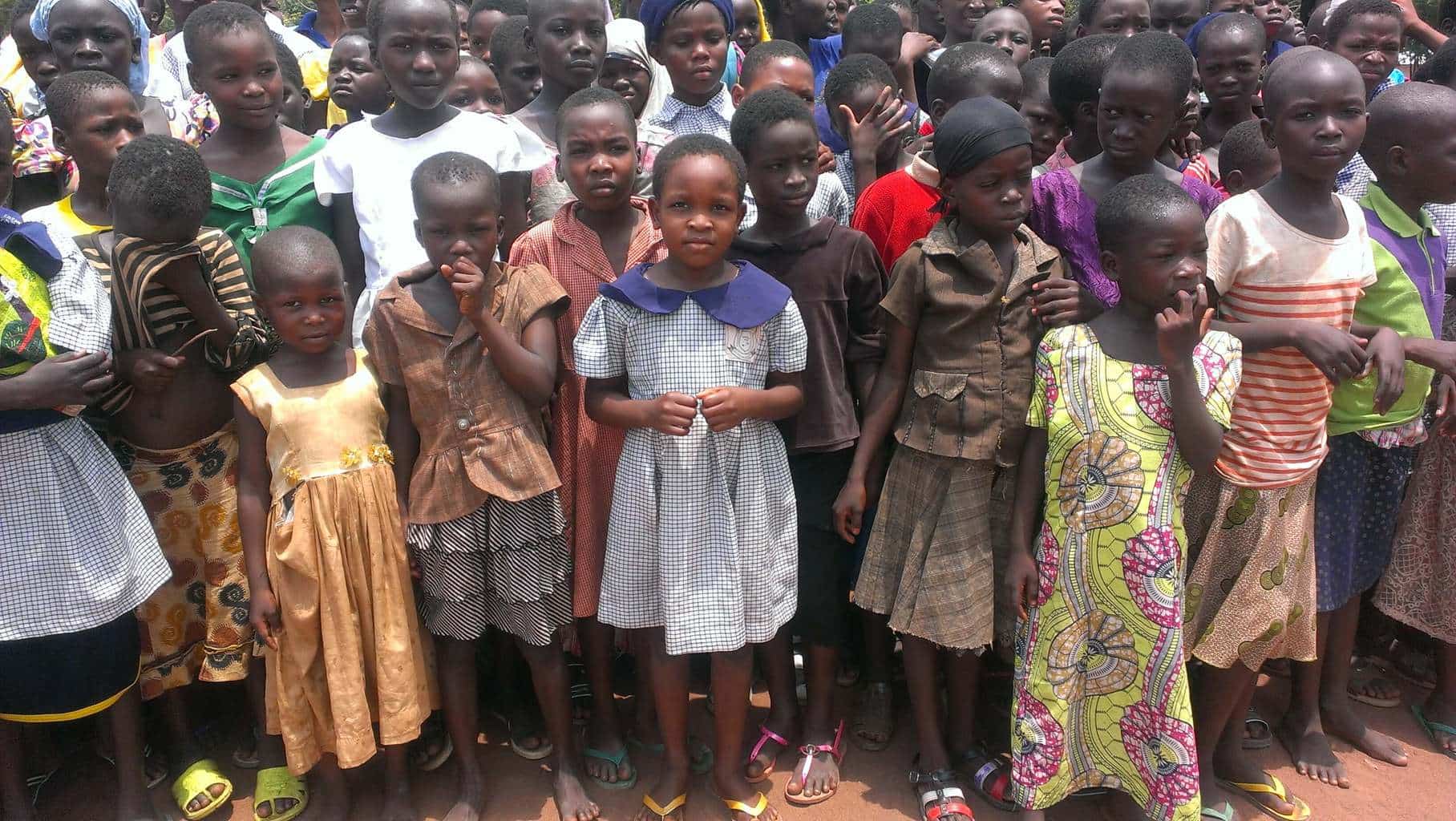 UHOGUA, a rural community in Edo State, Nigeria, about 2000 kilometers from the hotbed of Boko Haram atrocities, far away from the Boko Haram insurgency and war theatre operations in the North East of Nigeria is the location of one of the Internally Displaced Persons Camps housing some 2000 persons. Its exact location is some 20 kilometers into the forest land, off the popular Siluko Road in Benin City, the Edo state Capital, Nigeria.

Its existence, which started in 1986, was at the instance of Pastor Solomon Ayemere Folorunsho, a Missionary, and a Gospel Singer who runs the International Christian Centre or Missions and was responsible for as many as 700,000 orphans, and the handicapped. It was when the expense of paying the bills of that number of the needy became too high to bear, that Pastor Folorunsho had to locate to where is now the UHOGUA IDP Camp on a 40 hectares land space.

Considering the Camp’s location so far away from Maiduguri, the Borno State Capital and the epicenter of Boko Haram insurgency and the hotbed of internally displaced persons, about 2000 kilometres away, it is curious that Northerners of mixed religions could be located and nested comfortably in a most Southerly state as EDO STATE AND HIDDEN FROM PRYING EYES. Said the Camp’s sponsor, “It was in the heat of the bombings and displacement of persons from the North East, the Borno area, that in 2013, Christian pastors reached out to us to help out with children whose parents had been killed and couples now without a home.”

True to Folorunsho’s Christian calling, which is based on Biblical injunction to care for the poor, the sick and the homeless, he found himself welcoming a horde of the displaced which now caters to 2000 internally displaced persons, many of whom through the initial media exposure are more comforted and are now far from danger and insurgency skirmishes. Also, the children are spared the trauma of war and the running helter-skelter from the anguish of war. 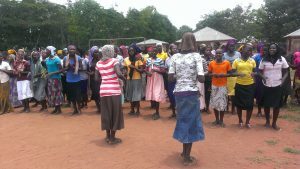 What is perhaps significant to note is that 70% of the inmates are children and half of the children are orphans. Pitiably, half of the IDP population does not have family members while the other half have more often than not, one living parent. Only a significant few inmates are couples, about 30 of them have their children with them, while some of the couples have lost their children to the insurgency. On the condition of the orphans, Pastor Folorunsho would sorrowfully say” With no one to return to, I would be their parent for a long time.”

In a breakdown of the IDP occupants, 80 of them are widows, who help all day with domestic chores and look after the children,

The entire story is not all misery and hopelessness as the children and even the adults attend school lessons, for as the Camp provider said, ‘Some feel the need to learn spoken English so that they can engage, especially the adults in some form of business in later years. It is interesting that some are learning life skills, like catering, sewing, and fishery. Since the opportunities for learning skills are not so many in the camp, more are taking to farming. But the happiest part of the story is that some arrived with High school education, like 20-year-old Philemon Usman from Mubi in Adamawa State. He heard of the Uhogua camp and applied. Says Philemon Usman, “I was an SS1 student in Gwoza in Borno area. I was not having the opportunity to go to school. I arrived in 2014 as an SS1 and now I am in SS3 class. I hope to enter the University, next year to study Medicine and specialize in Surgery”
Many of the young teens at the camp exhibit so much brilliance that they have been excelling at their final secondary examinations, like NECO,WAEC and even in the entrance examinations into Nigerian Universities, JAMB. 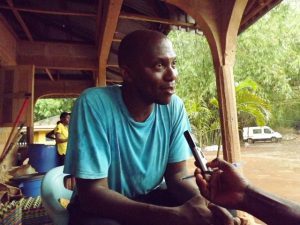 The most exciting of all the stories is that of Barrister Juliet Ogomo who was picked up from her separated parents at age 3 and now she has finished her Law studies from the UNIVERSITY of BENIN IN 2011, has been called to the Bar in 2012. She stands as a role model in the camp as she runs around helping to organize affairs inside the Uhogua camp. For her brilliance and exceptional success, Edo State Government is offering her a job appointment.

The Uhogua camp is going to be there for sometime to come and while it stands, it has challenges which may persist- feeding which costs as much as $400 a day, decent accommodation, security, more classrooms, an acceptable potable water source, volunteers, textbooks and notebooks for writing, sanitation, healthcare and electricity.

However, at a fundamental level, if Nigeria was a more integrated society, when the IDP occupants grow above the camp’s provisions, they could find a place either within Edo Society or anywhere else in the country. But ethnicity and primordial factors will hold them down and make them stay out much longer in the camp, a situation akin to the Palestinians inside refugee camps. Could this then not be a possible potential issue in the future? Alternatively, the only way out would be for them to return to the North East of Nigeria where they originally came from thus exacerbating the challenge of National cohesion, social mobility, and national integration.

The challenge is not made any easier when only kindhearted Christians and the Edo State government are the only ones extending generosity to the Uhogua camp. The reluctance of the Federal Government to accord the camp recognition through the provision of some amenities is being complicated by religious considerations. A Muslim President Buhari, we are told is not so persuaded to do anything about the Uhogua camp. Reasons, Northern internally displaced persons are being brought to the South to be converted to Christianity. Sadly, that is not all of the truth as some who are in the camp were originally Christians in their state of origin. Hopefully with the recent visit of Hajia Sadiat Farouk Umar, a Muslim Northerner, and the Federal Commissioner for Refugees, Migrants and Internally Displaced Persons to the camp and her emotional reaction there, seen in a picture breaking down in tears, the good gesture of a Southern Christian, Folorunsho and Southerners may be seen for what it truly is-compassionate and altruistic. 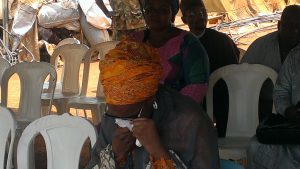 In any case, the Red Cross has assisted in re-uniting some 400 families recently and about $300 is being provided by the Edo State Government to assist some of the couples to settle anywhere of their choice in Nigeria. But for now many of the IDPs dread returning to the insurgency of Boko Haram and the Maiduguri area. What the best hope can be is that with some of the IDPs graduating from the University, some getting married and having life skills, many of them would on their own return into the Nigerian society on their own terms, would have healed and be more hopeful and confident. Perhaps at that point, they could look back, with a sense of gratitude at what the UHOGUA IDP camp and the Missionary/Singer, Pastor Folorunsho did for them when it mattered most in their lives.