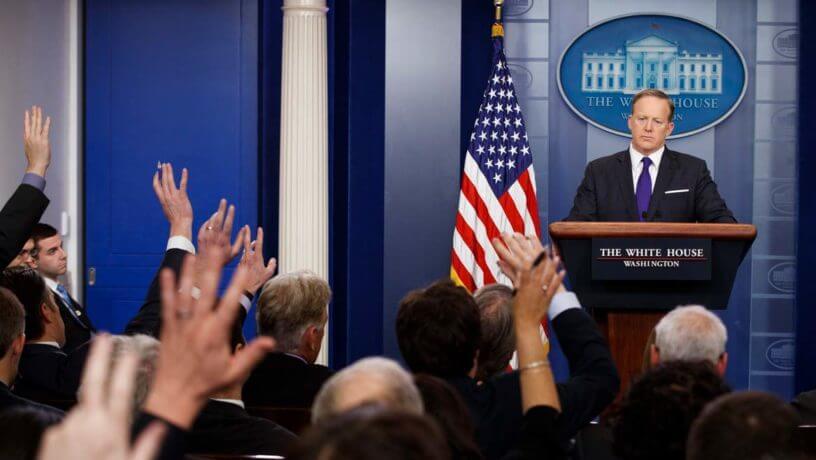 “Fake News” has become such a popular phrase inside of Washington right now that you wonder why it hasn’t been used by more people in the past.

Upset about your job approval rating? Call it fake news.

Not sure how to handle the corroborated allegations of your fraudulent financial transactions? Call it fake news.

Afraid that the recent charges of conspiracy and collusion with outside corrupt governments will tarnish your image? Just say it’s fake news.

On the other hand, sometimes the story is partially or entirely untrue; sometimes it is also skewed to reflect a particular perspective.

So how do you tell what is fake news and what is true? You can’t always. But what you can do, as the audience is to approach the story from a critical thinking perspective and become more informed so you can better identify fake from real.

We’ll take a look at the two kinds of “fake news” swirling around Washington.

First, there’s the “fake news” that was disseminated by Russians during the 2016 election. This is currently being investigated by intelligence committees in the Congress and Senate.

According to the ranking members of the Senate Intelligence Committee, Russia paid 1,000 hackers to create fake anti-Hillary Clinton news stories targeting swing-state voters. The Senate has an ongoing investigation into this interference and the consequences of those actions.

“It’s been reported to me, and we’ve got to find this out, whether they were able to affect specific areas in Wisconsin, Michigan, Pennsylvania, where you would not have been receiving off of whoever your vendor might have been, Trump versus Clinton, during the waning days of the election, but instead, ‘Clinton is sick’, or ‘Clinton is taking money from whoever for some source’ … fake news,” said Senator Mark Warner, head Democrat of the Intelligence Committee.

He continues, “An outside foreign adversary effectively sought to hijack the most critical democratic process, the election of a President, and in that process, decided to favour one candidate over another.”

This Senate probe begins as reports continue to come in about Trump Administration members tied to Russia, and the failure of the Congressional Intelligence Committee lead by Chairman Devin Nunes (R-Ca.).

Not surprisingly, President Trump called the “so-called Russia story” “fake news,” which brings us to our second definition of fake news…

Second, there are“fake news” stories and outlets identified by Trump on a daily basis via Twitter and press conferences.

Trump defines organizations that are part of the “fake” media as an “enemy of the American People.”

“The FAKE NEWS media (failing @nytimes, @NBCNews, @ABC, @CBS, @CNN) is not my enemy, it is the enemy of the American People!”

If Trump’s tactic is to convince the American people that any negative news of him is “fake news,” it may be working.

The poll also revealed that 27% of respondents say that “fake news” happens regularly and 36% say it happens occasionally. It is also concluded that Republicans (79%) and Independents (66%) are more likely than Democrats (43%) to say that major media outlets transmit fake news stories.

In the Monmouth Poll, ABC is more trusted than either Fox (44% to 32%) or MSNBC (36% to 18%). Fox and MSNBC are tied (39% to 39%) when they are pitted against one another on the trust metric. The split is down partisan lines, with Republicans being more likely to trust the more conservative Fox and Democrats prefer MSNBC or ABC.

In tweet after tweet, the President goes after the media that has been unfavorable towards him, regardless of empirical evidence. Press Secretary Sean Spicer loves to use “fake news” almost just as much as Trump. Regularly during his briefings, he responds to negative news with a similar combative attitude, calling it false or fake reporting, which gets into heated exchanges with reporters.

On the one hand, the “fake news” trend could cause the media to step up their game, even in instances where the story isn’t fake per se, but highly biased and skewed.

Because the reality is, so much of the mainstream media has an agenda; it’s funded and supported by outside entities that can control what news is disseminated and how. It’s damaging to the public to receive anything but objective reporting of facts, devoid of favoritism or bias.

On the other hand, you can’t charge all news as fake news; the allegation loses power.