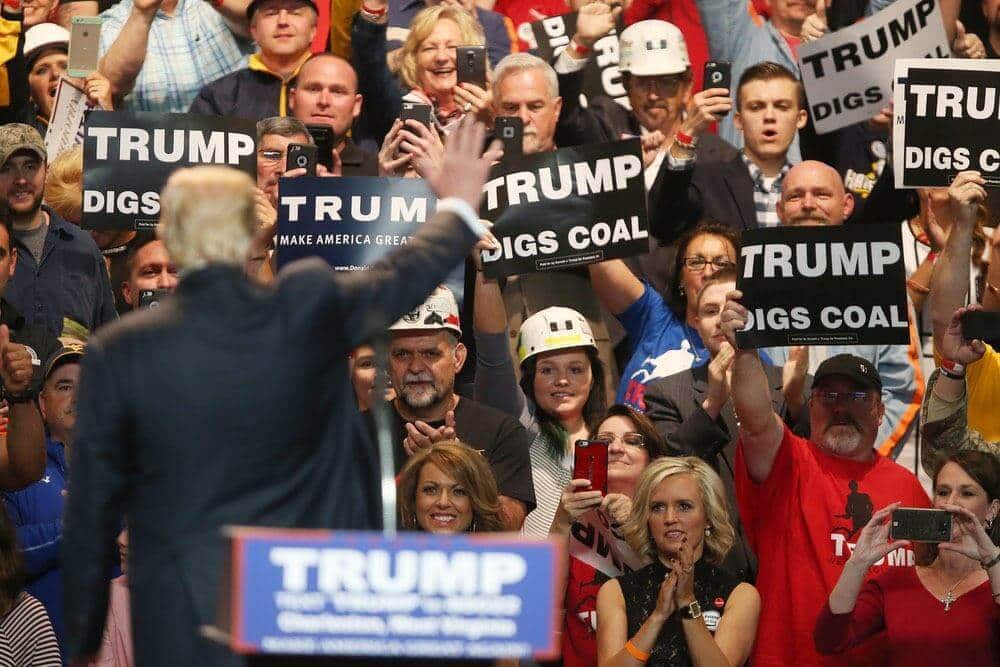 Like many of his policies, Trump’s Energy Independence Executive Order is a solution to a problem of his own invention.

“For too long, the Environmental Protection Agency has spent taxpayer dollars on an out-of-control anti-energy agenda that has destroyed millions of jobs,” Trump was quoted saying.

Let’s take a look at what, in a nutshell, the order does and does not do.

What the order does

Among other things, it loosens regulations on coal, specifically removing the ban on coal leases on federal land.

It also rescinds Obama’s Climate Action Plan, which lays out the administration’s goals on climate change.

The order promotes increased funding for energy sources that harm our environment and our health. In one provision, it rescinds an Obama order urging federal agencies to reduce CO2 output.

Trump’s goal here is to get jobs back, particularly for coal workers, which constitute a large portion of his base.

What the order very likely will NOT do

Bring back jobs to the coal industry.

Academics and researchers have studied the question of whether environmental regulations reduce job growth. They found that regulations don’t curtail job growth in the overall economy.

Trump is not exactly one for scientific studies, though.

In one study, two economists, Eli Berman and Linda T.M. Bui, compared the job losses following regulations in Los Angeles for clean air, with Louisiana and Texas who did not have the regulations.

Berman and Bui found that not only was the regulation in Los Angeles not responsible for large job losses but also the regulations might have actually increased labor demand as firms required more workers to deal with the new rules.

The U.S. Bureau of Labor Statistics’ last annual report looked at 6,500 extended layoffs that affected more than 1.25 million workers in 2012.

The Bureau asked business owners what the primary reasons were for laying off employees. Of the 6,500 layoffs, they found that 37% were due to a drop in demand for products or services and 32% were the result of the completion of seasonal work.

The study found that only 0.3% of layoffs were due to regulations.

Trump’s Order relies on the idea that coal is a large part of the domestic marketplace, when in fact booming supplies of natural gas have resulted in coal being less competitive in the market.

Lastly, it’s important to mention the potential health impact of Trump’s Order. The EPA calculated that the health benefits of environmental amendments between 1990 and 2010 were between $160 billion and $1.6 trillion.

Ironically, damaging health effects of pollution are likely more problematic for a large part of Trump’s base; lower and lower-middle class communities from rural areas (where health insurance premiums tend to be larger), and who do not have access to proper healthcare.

Lucky for them that Trumpcare didn’t get passed.

Like all of Trump’s executive orders, the Energy Independence Executive Order is simply based on nonsensical reasoning and solutions to problems that either don’t exist or if they do exist, will likely be made worse.

Considering that Trump once said that global warming is a hoax invented by the Chinese and “perpetrated by scientists [who] are having a lot of fun”, it is not surprising that Trump relied on absolutely no empirical evidence to support his new executive order.