Michael Flynn Offers Testimony for Immunity, Which is What Guilty People Do, According to Michael Flynn 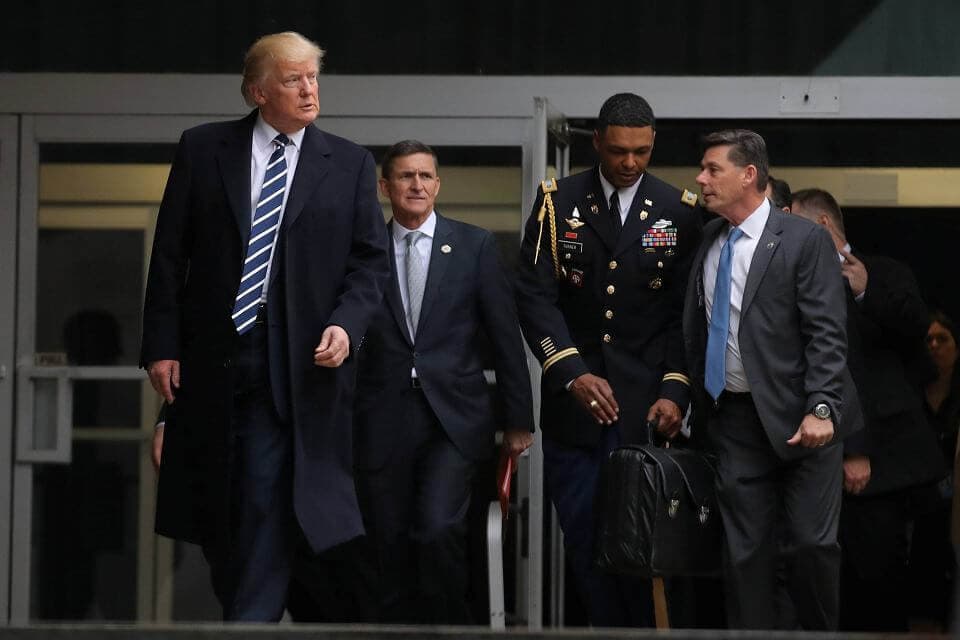 General Michael Flynn has asked for immunity from the FBI, Senate, and Congressional intelligence probes in exchange for his testimony on Trump’s potential coordination with Russia during the 2016 election, according to a report by the Wall Street Journal Thursday, March 30.

Robert Kelner, Flynn’s attorney, subsequently put out a statement confirming the request to Senate and Congress (although without mentioning a request to the FBI): “General Flynn certainly has a story to tell, and he very much wants to tell it.”

Kelner justified the immunity request, accusing the media of being “awash with unfounded allegations, outrageous claims of treason, and vicious innuendo.”

On Friday, the Senate Intelligence Committee rejected Flynn’s appeal for immunity. Both the Senate and Congress are looking into the connections between the Russian and Trump and whether or not there was coordination between the two during the lead up to the 2016 campaign.

Hours before the story broke, the Senate Intelligence Committee held their first hearing about the influence of Russian hackers hacking the DNC and others, and proliferating fake news with an anti-Hillary Clinton message.

The congressional committee, chaired by Rep. Devin Nunes, is currently stalled after Nunes obtained information from White House officials about incidental surveillance on the Trump campaign.

Nunes then shared that information with the president and held a press conference before information or sharing the information with other members of the committee, subsequently canceling all future hearings pertaining to probing the administration’s connection to Russia.

Ex-Campaign Chairman Paul Manafort last week agreed to testify before the congressional committee, but without any assurance of immunity.

On Friday, Trump himself has characterized this as a “witch hunt” by Democrats and political opponents.

“Mike Flynn should ask for immunity in that this is a witch hunt (excuse for big election loss), by media & Dems, of historic proportion!” the President tweeted.

However, last year, when five of Hillary Clinton’s staffers asking for immunity, both Michael Flynn and the President drew different conclusions about the implications of immunity:

“When you are given immunity, that means you have probably committed a crime,” Flynn said on “Meet the Press.”

“Why did five of your staffers need FBI IMMUNITY?!” Trump tweeted to Hillary Clinton during the campaign.

During a campaign event, Trump accused the Clinton staffers of hiding something.

“If you’re not guilty of a crime, what do you need immunity for?” he said.

Following the Money Gives Clues on Reason for Immunity Request

Flynn was the Trump Administration’s National Security Advisor for only twenty-four days before resigning after it was revealed that he had talked with U.S.-Russian ambassador to the U.S. Sergey Kislyak and subsequently misled Vice President Pence about those conversations.

The leaks about the meetings with Kislyak and conversations that address the removal of sanctions placed on the Russian government by the Obama administration are at odds with the arcane and rarely prosecuted Logan’s law that prohibits diplomacy by private citizens.

However, the accusations alleged towards Flynn get more convoluted once you follow the money.

Flynn was paid $45,000 plus expenses to speak at the 10th anniversary gala of the RT television network in Moscow in December 2015, while advising Trump. RT is a Russian state-sponsored television network and considered propaganda by the U.S.

It was also revealed that the former NSA director was lobbying for Turkey as he was advising the President, and was paid $500,000 by the Turkish government.