Trump Administration sets up shady back channel communication to Putin 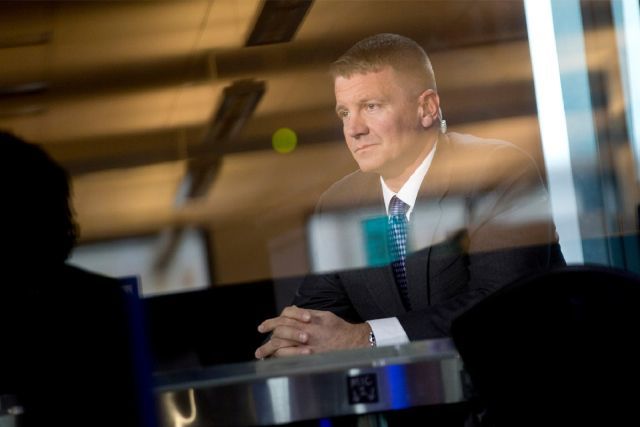 The latest link is a secret meeting set up by the United Arab Emirates in January between Erik Prince, founder of the infamous Blackwater USA, and a Russian close to President Vladi­mir Putin, according to a report in the Washington Post.

The meeting took place around Jan. 11 in the Seychelles islands in the Indian Ocean, according to the Post’s sources, and it was designed to set up a back communication link between Putin’s and Trump’s administrations.

The meeting spanned over the course of 2 days, a little over a week before Trump was inaugurated on January 20.

While Prince has no official role in Trump’s transition team or in the current administration he was a high-level donor, contributing $250,000 to a pro-Trump super PAC during the campaign. He is also the brother of President Trump’s controversial Secretary of Education, Betsy Devos, and has a close relationship with Trump’s closest confidant and advisor, Stephen Bannon.

It was also reported in January – shortly after the supposed meeting – that Prince was informally advising Trump “from the shadows,” according to the Intercept.

Congressional Democrat Jan Schakowsky, a long-time opponent to the controversial Prince and Blackwater organization, has been quick to jump on reports of Prince’s convert meeting:

“He is the kind of unvetted, unscrupulous person that seems to fit very nicely, especially into the kinds of operations that they want done,” Schakowsky said for Intercepted podcast. “This is exactly the kind of person who should be excluded from having anything to do with our government, covert or out in public.”

During the Bush Administration, the security firm Blackwater became infamous in September 2007 after operatives gunned down 17 Iraqi civilians, including a 9-year-old boy, in Baghdad’s Nisour Square; this is known as the “Nisour Square Massacre.” The event resulted in long sentences for former members of Blackwater.

The Trump Administration and Erik Prince have both denied that there’s a link between Prince, the meetings, and the Trump administration.

“We are not aware of any meetings, and Erik Prince had no role in the transition,” said Sean Spicer, the White House press secretary.

A Prince spokesman said in a statement:

“Erik had no role on the transition team. This is a complete fabrication. The meeting had nothing to do with President Trump. Why is the so-called under-resourced intelligence community messing around with surveillance of American citizens when they should be hunting terrorists?”

This report came on parallel to another report that Carter Page, another Trump official met with a secret Russian spy in 2013. So far links with Russian officials have been established with more than a half-dozen members of the Trump campaign, transition team, and administration.

These reports add further speculation and suspicion of collusion between Trump and Russia during the 2016 campaign.