The Mainstream Media’s obsession with sensationalism creates an uninformed audience 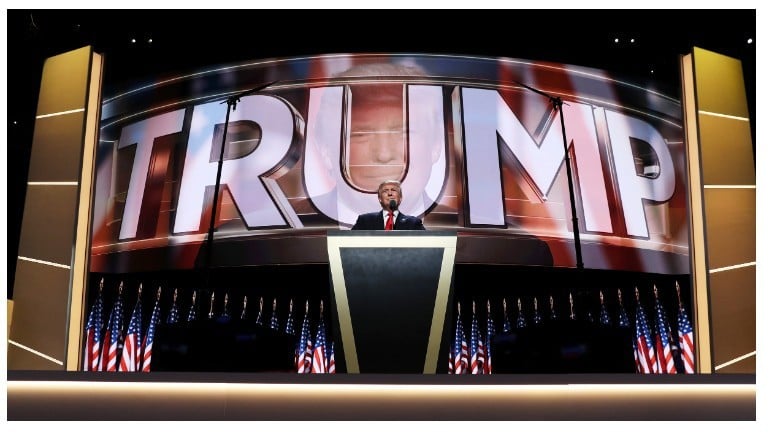 The April 4th sarin gas attack on the Syrian rebel-held town in the Idlib province left nearly 90 people dead and the gruesome photos of its aftermath horrified the world.

Trump acted quickly to denounce the attack that affected the same people he shuts out of our country when they seek refuge.

As Trump announced the U.S. retaliation strike on Syria, he called the chemical attack a “slow and brutal death for so many.” Trump went on to say that, “Even beautiful babies were cruelly murdered in this very barbaric attack. No child of God should ever suffer such horror.”

The sarin gas attack is indisputably horrific. But here’s the thing – since the Civil War in Syria started in 2011, there have been roughly 470,000 Syrian deaths, of which more than 55,000 were children.

But the mainstream media doesn’t report on these casualties, and the sad reality is that it takes an event like this to bring to light what’s going on.

The problem is exacerbated by the fact that large portions of the public follow the media unequivocally, and without a critical eye or a curiosity for outside research.

The media’s selection of stories is based on appeasing outside interests and fueled by the networks’ battle for ratings. News coverage focuses on stories that are “sensational”, provide great sound bites and clever headlines, and are otherwise good for ratings.

It’s the same cycle: The media features stories of heroism and tragedy, with live updates and in-depth human interest stories; audiences mourn the tragedy and rally together in vigils and demonstrations; politicians vow to keep the public safe.

This dynamic is particularly problematic when we have a President who also reacts emotionally to media reporting, and is deeply insecure about his popularity from his fellow-mainstream-media-viewers.

And it’s not just Syria. The large media outlets frequently report on acts of terror and brutality that occur in more developed nations, ignoring thousands of other atrocities in the process.

On July 14, 2016, a 19-ton cargo truck deliberately drove into crowds of people celebrating Bastille Day in Nice, France. There were 86 deaths, which is not a small number by any means.

But that same month, a minivan packed with explosives blew up in central Baghdad during the holy month of Ramadan, killing at least 143 people. There was also an attack earlier in the month in Bangladesh, where seven attackers, armed with semi-automatic rifles and improvised grenades, stormed a restaurant and slit the throats of anyone who could not recite verses from the Koran. Both of these stories received little media attention in comparison to the Nice incident.

Journalism is very powerful in guiding public and political interest. The mainstream media needs to understand that their reporting is not meant to entertain the public. Rather, their responsibility is to report on all of the facts.

Perhaps if the media reported on the details of the Civil War’s effects on Syrian civilians, those who oppose any refugees from entering our country would reassess their view; because the same people who hold these views are typically not inclined to research the details of the casualties in the Syrian conflict.