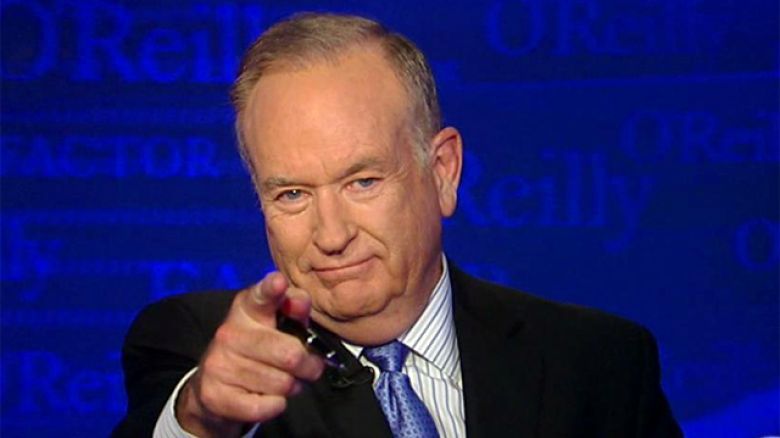 This is why Parent’s tell their kids, “be careful what you say”. I guess Fox News’ Bill O’Reilly never got this message. While the ousted host of the O’Reilly factor should be thriving in the Trump era, his words caught up with him in the wake of his recent Sexual Harassment Scandal.

In the last 21 year, O’Reilly has been fighting the “culture wars” and produced the general thesis for Trump’s “Make America Great Again” slogan. He, like Trump, captured the discontent of disaffected white male voters that voted Trump into office, and fought against the “P.C. culture” and “liberal secularism” that, in his view, were taking over the country.

A recent estimate said that the “O’Reilly Factor” brought in, on average, four million views per night.

If you tuned into his show in the past 21 years, you would have seen similar themes to Trump’s 2016 election campaign. There was a “War on Christmas” by secular liberals. Feminism is sexist towards men. Black Lives Matter is liberal racism. Immigrants are freeloading drug dealers, etc.

He was belligerent, bigoted, insensitive, tone deaf, in-your-face-confrontational, and his record-breaking viewership loved him for it, while his political enemies (the liberal elitists he constantly derided) were consistently outraged by his bluster.

In the end, it was the P.C. and feminist complaints that he spent five days a week screaming about that caught up with him and ended his time on the air.

Fox News announced Wednesday that The “O’Reilly Factor” would not be returning to the network in the continuing fallout from a New York Times report alleging that Fox News paid about $13 million to settle claims by five women that he sexually harassed them.

“After a thorough and complete review of the allegations, the company and Bill O’Reilly have agreed that the host would not be returning to the Fox News Channel,” the network said in a statement.

O’Reilly had been on “vacation” for the last week and was seen at the Vatican in the last week meeting with Pope Francis. Early reports indicated that Fox was considering bumping him down from five days to four after over 50 advertisers pulled their ads in light of the New York.

O’Reilly has yet to publicly comment on the allegations and the report, but one of his lawyers Marc E. Kasowitz recently made a statement, writing that his client “has been subjected to a brutal campaign of character assassination that is unprecedented in post-McCarthyist America” and blamed “far-left organizations bent on destroying O’Reilly for political and financial reasons.”

Last week, when the New York Times broke the story, lo and behold the president defended O’Reilly, saying he didn’t think that the pundit did anything wrong.

However, as Alex Wagner argues in their article in the Atlantic, Trump’s election contributed to O’Reilly’s downfall:

“And yet, the backlash to the Trump presidency—the outrage it stoked among those very losers, the restive progressive base, and the subsequent push towards collective, grassroots action—was precisely the force that secured O’Reilly’s demise. In other words: If Trump hadn’t been elected, Bill O’Reilly might still have a job.”