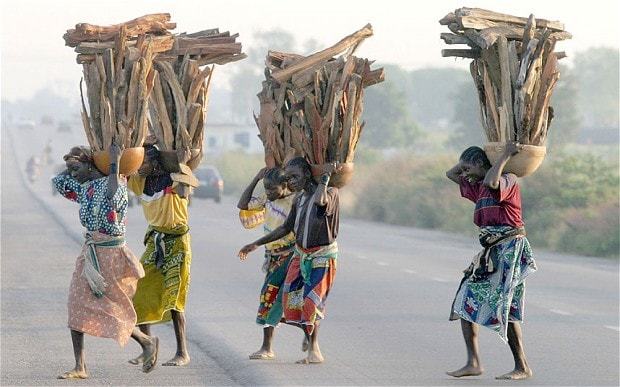 From the North to the South, Nigeria’s political firmaments have become a bit misty and cloudy in recent weeks. The news of the president’s arrival back to the country from his long medical vacation and the release of 82 of the missing Chibok girls by the Boko Haram insurgents cause concern that the most populous country in Africa is steadily heading towards another historic political precipice.

The ruling party, the All Progressives Congress (APC), which gained power at the center in 2015 with a promise of “change”, is still grappling internal crisis within the rank and file of its membership, including those within and outside the seat of power. The biting recession of the Nigerian economy, which has gradually receded the economic gains and achievements of successive administrations, has become an albatross of sort that is inextricably tied to the neck of the ruling party. With the very tensed political situation in Nigeria, especially in the wake of President Buhari’s most recent medical travel to London early this week, coupled with the uncertainty of his early return, the phrasal sobriquet of Nigeria as “the giant of Africa” is gradually transforming into a political euphemism.
Zonal politics, poverty, and the uprising

It goes without saying that the emergence of Muhammadu Buhari as President of Nigeria in 2015 was a by-product of zonal politics. The poverty in the North, which is incomparable to what obtains in the South, is partly what tilted the votes of the 2015 Presidential election in favor of Buhari. In the resource-rich South, there was visible voter apathy during the 2015 Presidential election. In stark contrast, the North has been plagued by the Boko Haram insurgency which left more than 2.5 million people homeless and their means of livelihood truncated. Fighting against years of middle and lower class economic deprivation, the region signposted a unanimous electoral verdict.

The nexus between zonal politics and poverty in the North is tied to insecurity and underdevelopment. The victory of President Buhari in the 2015 presidential election gave the average Northerner the hope of change. That hope is visibly diminishing under the current state of the Buhari presidency. In addition to the Boko Haram insurgency in the North East, which President Buhari inherited, the untamed bloodletting and criminal activities of Fulani herdsmen in the North and in some southern States has further compounded the already tensed security situation in Nigeria.

Worse yet, President Buhari raised eyebrows when he recently appointed Mr. Mohammed Bello Tukur, the National Legal Adviser of the Miyetti Allah Cattle Breeders Association of Nigeria. Tukur is a foremost supporter of the activities of the fulani herdsmen, as Secretary of the Federal Character Commission, has further fuelled the speculation in some quarters of the secret love between President Buhari and the leadership of the marauding fulani herdsmen.

Political mob attacks
The frail security situation in the North of Nigeria may become more volatile in the wake of recent mob attacks on elected public officials, especially at the Federal level. Recently, two members of the National Assembly were attacked in a political rally in Katsina State – Senator Abu Ibrahim representing Katsina South and Hon. Aminu Tukur, a member of the House of Representatives, representing the Bakori Danja Federal Constituency. Ibrahim and Tukur’s convoys were intercepted and attacked by angry youths at a political event organized by the Katsina State Chapter of the APC, on Saturday, 15th April 2017. They were in the State to receive some defecting PDP and APGA members to the APC. On the Thursday preceding the attack, the Senator had joined a delegation led by the Katsina State Governor, Alhaji Aminu Masari on a get-well visit to the President, after he was unable to attend the Federal Executive Council’s meeting the previous day.

On Friday, 14th April 2017, Senator Abu Ibrahim was one of the dignitaries who followed the ailing Nigerian President to the weekly Jum’at prayers inside the Presidential Villa that day. While addressing State House Correspondents after the Jum’at prayers, the Senator said, “I am very happy, I am really thrilled and quite confident that he (Buhari) is very well now.” Barely 24 hours after the Katsina Senator made this duplicitous statement, he along with his fellow House of Representatives lawmakers were mobbed in their home State by irate youths. The raison d’etre for the attack is not unconnected with the failed promises made by the APC during their 2015 political campaign.

Very recently, Hon. Mohammed Garba Gololo, the member representing the Gamawa Federal Constituency in the House of Representatives was also attacked by irate youths in his ancestral Gololo village of Gamawa, the Local Government Area in Bauchi State. Hon. Gololo was pelted with stones at an event he organised to distribute empowerment materials to his supporters.

Eyewitnesses to the attack reported that apart from the bodily attack on the lawmaker, the windscreen of his car was smashed by the angry youths who later matched from the scene of the incident to the lawmaker’s house to continue the attack. The lawmaker, however, was lucky as he and members of his family had already fled the house before the arrival of the mob. A resident of Gawama Local Government Area who identified himself as Salisu, said he was present in Gololo village at the time of the incident. Mr. Salisu put the blame for the attack on political opponents of the Federal lawmaker, saying that Hon. Gololo was saved from being lynched by his military guards. Recall that Hon. Mohammed Gololo was one of the three lawmakers in the lower chambers of the National Assembly that was named in an allegation of sexual harassment in the United States of America.

Last year, the United States Embassy in Nigeria wrote a petition to the House of Representatives, wherein they alleged that three Federal Lawmakers, while on an official assignment in the United States, had sexually harassed a hotel staffer and were caught soliciting prostitutes. Hon. Gololo was one of the three lawmakers mentioned in the sexual harassment incident. Gololo’s scandal was one of the grouses the irate youths identified as the raison d’etre for the mob attack on the lawmaker.

Among their other reasons for the attacks, the youth’s also named the failure of the lawmaker to visit his constituency for a period of six months and the allegation that the lawmaker was not demonstrating loyalty to President Muhammadu Buhari. The meaning of “loyalty” of a Federal lawmaker to the President, however, is difficult to deconstruct, especially at a time when the loyalty of the President to the Nigerian masses, whether in the North or South, is seriously in doubt amid feelings of widespread betrayal. Hon. Gololo and others may have been cleared by the House of Representatives of any complicity in the sexual harassment petition, but his constituents have not, which they made clear when they attacked his person and personal belongings.

A new dimension
Another isolated incident of the brewing political uprising in the North is the recent genocidal comment on social media by a uniformed police officer, which is still trending. About a week ago, one police officer (a Northerner) named Saidu Biu made a rather sordid post on his Facebook page. Attired in a police uniform with a weapon in the background, he alleged that President Buhari had been poisoned by his enemies. Mr. Biu threatened that if the President dies, he would personally shoot 200 people dead. What the police officer failed to identify are two begging issues; who are these enemies of the President, and are the 200 people he plans to shoot Northerners or Southerners?

The poverty and political conflict nexus
Arising from these foregoing issues, is the budding political uprising in the North of Nigeria the result of poverty or zonal conflicts? Perhaps it is both. As you may recall earlier in this report, the elements of poverty in the North of Nigeria are threefold: the lack of resources, the slow pace of development, and the widespread insecurity in the region. With hunger as their defense, some of the underprivileged youths in the region have now become ready tools in the hands of conflict mongers in the North.

The looming political crisis and zonal conflicts compound the current problem. Akin to a non-international armed conflict, the Boko Haram insurgency in the North East created a sense of war against the Nigerian Government in the minds of the average Northerner of the Islamic faith. The recent slaughter in broad daylight of hundreds of Christians by Islamic militants in Southern Kaduna in the North West of Nigeria further elucidates the looming political crisis in the entire region.

As the midterm anniversary of President Buhari’s administration berths on May 29th, 2017, the questions still agitating the minds of most Nigerians, whether in the North or South remains the same. What is the present state of President Buhari’s health, where are the remaining missing Chibok girls, and what impact has Buhari’s presidency had on the poverty situation in the North, where the majority of his votes in the 2015 Presidential election came from?