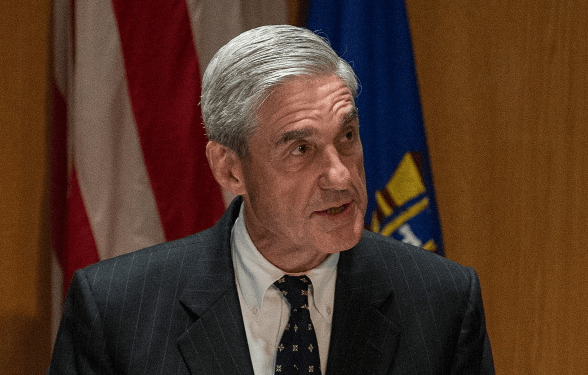 About a week and a half ago, Trump thought his Russia Investigation nightmare would end when he fired then-FBI Director James Comey, who was investigating the President and his administration’s potential ties to Russia during the 2016 campaign.

In an ironic twist of events, Trump ended up getting much worse.

Late Wednesday, May 17, Deputy Attorney General Rod Rosenstein announced in a statement that Mueller would be taking over the investigation after a hectic week that has thrown Washington D.C. into turmoil.

“Based upon the unique circumstances, the public interest requires me to place this investigation under the authority of a person who exercises a degree of independence from the normal chain of command,” Rosenstein said.

“A special counsel is necessary in order for the American people to have full confidence in the outcome. Our nation is grounded on the rule of law, and the Public must be assured that government officials administer the law fairly.”

The decision comes following two weeks of hearings, leaks, bombshells, and speculation that has brought the fledgling Trump Administration to the brink of collapse.

What Lead To The Appointment of Mueller?

The appointment of a Special Counsel is the result of a head-spinning ten days that have been breathless with revelations, and heavy on implications about President Trump. Here’s a recap:

May 8. Former Acting Attorney General Sally Yates testifies before a congressional hearing that she warned the administration that then-National Security Adviser Michael Flynn was susceptible to blackmail by the Russian government.

May 10. The Washington Post and other media outlets report that Trump fired Comey as the result of the FBI’s probe into the collusion between Russia and the administration, contradicting the White House’s narrative and raising questions of obstruction of justice.

Trump meets with Russia’s Foreign Minister Sergey Lavrov and Russian Ambassador to the U.S. Sergey Kislyak for a closed door meeting which bars American press but lets in the Russian press. Photos of the meeting which show Trump laughing with the Russians are subsequently leaked by the Russian government.

May 11. Trump gives an interview to NBC’s Lester Holt where he admits that Comey’s firing was, in part, due to the FBI’s Russian investigation, and that the FBI Director had assured him three times that he was not under investigation.

Comey’s associates said that the president lied and that instead, Trump had asked the FBI Director for a pledge of loyalty, a pledge that Comey refused to give.

May 12. Trump threatens Comey via Twitter saying that he “had better hope that there are no ‘tapes’” of their conversations. The White House refuses to confirm or deny the existence of the tapes.

May 13 and 14. The news goes silent over the weekend. Saturday Night Live pokes fun at Trump and Sean Spicer. Mother’s Day is celebrated. All is momentarily calm.

May 15. The Washington Post breaks the story that Trump shared highly classified information with Russian ambassadors in his meeting on March 10, and that the disclosure of information jeopardized a critical source of intelligence on the Islamic State.

May 16. The New York Times revealed that the classified information came from Israel, and later in the day, broke the news that Comey had a memo on one of the meetings with Trump detailing how the president asked him to drop the FBI’s investigation into the Russian interference on February 14, a day after the firing of Flynn.

The implications of this timeline and the impending independent investigation are far reaching, and with Watergate and President Richard Nixon’s resignation in the back of everyone’s mind, the words impeachment and President Pence are already being candidly thrown around in the media.

On May 18, a defensive Trump took to Twitter saying: “This is the single greatest witch hunt of a politician in American history!” and bemoaned that neither Hillary Clinton’s campaign nor the Obama administration had a similar counsel appointed to investigate them for their “illegal acts.”

This defense fits the regular script of the president, and already making the results a matter of partisanship in an already deeply divided Washington. But as news that the White House knew about the investigation into Flynn’s investigation, Mueller’s appointment has garnered rare bipartisan support from members of the hill, and his findings are anxiously awaited by Congressmen from both sides of the aisle.