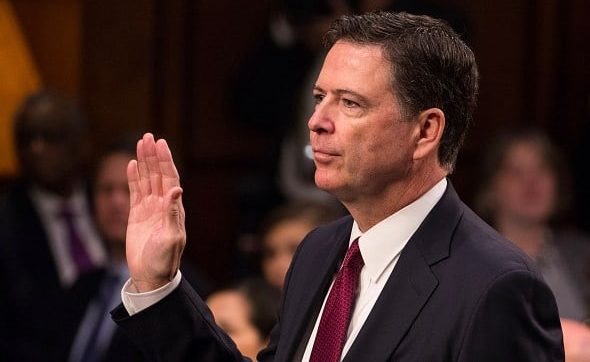 We previously reported that when Trump decided to fire then-FBI Director James Comey, he thought his Russia nightmare would be over. Instead, he made it much worse.

It was just revealed that former FBI Director James Comey has agreed to testify before the Senate Intelligence Committee. Although an exact date has not yet been set, it is likely to be sometime after the Memorial Day congressional recess.

The news comes after the Justice Department appointed Robert Mueller, a former FBI Director, to act as special counsel to oversee the investigation between the Trump campaign’s ties with Russia.

James Comey will be testifying in public, which means there will be media coverage of the event.

Prior to the news about Comey agreeing to testify before the Senate Intel Committee, it was revealed that the former FBI Director kept detailed memos of his interactions with the President. In a bombshell revelation, sources say that Comey indicated in a memo that Trump had requested he shut down the investigation into the President’s former national security advisor, Michael Flynn.

In a separate but related event, it was reported in a document summarizing Trump’s meeting with Russian Officials, that had told them, “I just fired the head of the FBI. He was crazy, a real nut job”.