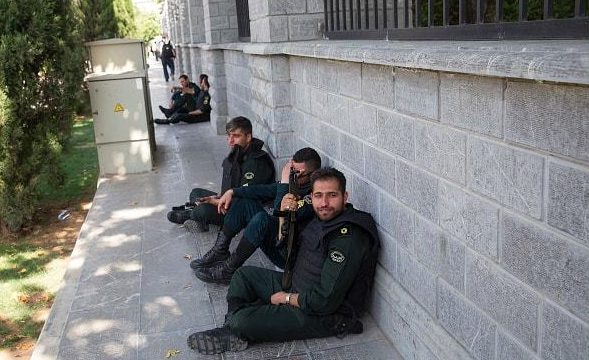 Two terrorist attacks in Tehran have left at least twelve people dead and forty-two injured on Wednesday. ISIS has claimed responsibility for the assault, which if confirmed would make the event the first ISIS terrorist attack in Iran. Unlike much of the rest of the Middle East and North Africa, Iran has seen virtually no terrorist attacks.

The attacks began mid-morning, and occurred at the Parliament building and at the mausoleum of Ayatollah Ruhollah Khomeini.

According to reports, the attackers, who used both guns and suicide bombs, dressed as women to avoid suspicion.

ISIS’s role in the deadly events remain unconfirmed. ISIS has previously claimed responsibility for attacks they had no direct role in, such as the 2016 Pulse Nightclub massacre. However, ISIS’s official news agency broadcast footage of the attack minutes after it occurred.

The New York Times reported that at least one Iranian security official believed Saudi Arabia was involved in the attacks. Saudi Foreign Minister Adel Al-Jubeir denied the country had any involvement in the attack, nor any knowledge of its planning.

Iranian official said they stopped a planned third attack, and some reports claim that a female assailant has been captured. It is believed that at least four assailants involved in the attack were killed.

Terrorist attacks are rare in Iran, and guns are heavily regulated. It is unclear how the terrorists acquired the weapons used in the attack. The last major terrorist attack in the country was seven years ago, in Zahedan.

In the aftermath of the attack, American Senators Bernie Sanders and Dianne Feinstein called for the Senate to delay a scheduled vote which would impose sanctions on Iran for possible support of terrorist organizations.

Although restrained in reaction at first, the Revolutionary Guard issued a statement where they blamed the Saudis and made note that the event came soon after President Trump’s threats against Iran while visiting Saudi Arabia.

In a statement, Iranian President Hassan Rouhani said, “Today’s terrorist attacks in Tehran will make the Islamic Republic of Iran more determined in the fight against regional terrorism, extremism and violence. We will prove once again that we will crush the enemies’ plots with more unity and more strength.”