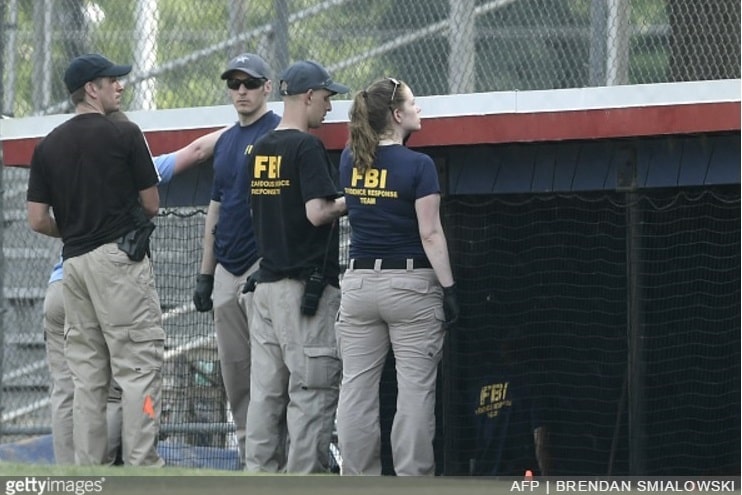 At least five people were shot after a man opened fire at a congressional baseball practice in Alexandria, Virginia this morning.

A resident of the area told NPR that, “There were probably about 80 to 100 shots fired over there.” Capitol police were on the scene as part of a security detail for congressional leadership and managed to return fire. According to Senator Rand Paul, who was on the scene, without the police presence, “it would have been a massacre […] As terrible as it is, it could have been a lot worse.” The police received reports of the attack at 7:03 a.m. this morning.

In a press conference, President Trump stated that the suspect had died at a hospital. The suspect is believed to be James T. Hodgkinson, and the crime appears to have been politically motivated. Representative Ron DeSantis, who identified the shooter, told Fox News, “A guy…walked up to us that was asking whether it was Republicans or Democrats out there.” The baseball practice was for Republicans, and Hodgkinson has been critical of the Republican Party on social media. While his social media posts do not appear to advocate violence, he was arrested on an assault charge in 2006, which was later dismissed.

Hodgkinson apparently previously volunteered on Senator Bernie Sanders’ presidential campaign. In a statement, Sanders condemned the attack, saying, I am sickened by this despicable act.”

Representative Ruben J. Kihuen shared a photo of the Democratic House baseball practice praying for the Republicans upon learning of the attacks.

According to the Huffington Post, the annual Congressional baseball game will continue as planned on Thursday.