Coal mining amidst tears and pain: The Okobo story 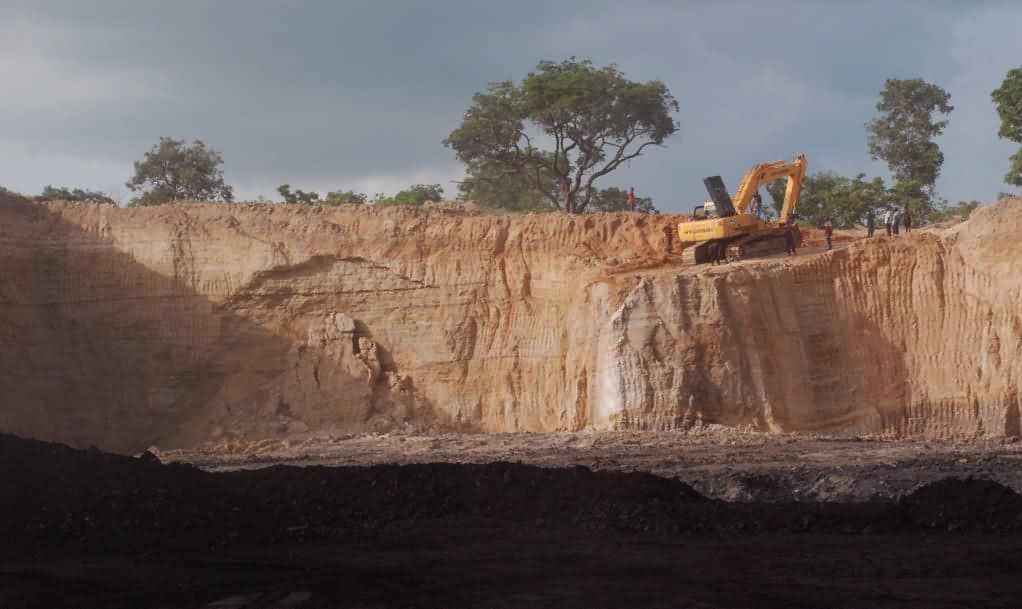 Share
Posted: June 24, 2017 at 2:58 am   /   by Caracal Reports   /   comments (0)
tags:
Okobo, a small town in Enjema district of Ankpa Local Government Area of Kogi state in North-central Nigeria is blessed. It is a remote agrarian community with very rich soil and a stream, flowing with ceaseless aquatic opportunities.

According to Nigeria’s bureau of statistics, Okobo village is blessed with a coal reserve of over 380 million tonnes. Such huge deposits could conveniently provide electrical power, to millions of Nigerians currently grappling with little or no access to electricity.

But Okobo’s underbelly blessing is its biggest albatross.

In this ‘blessing’ lies the source of worry of most residents of the little sleepy town.  Okobo in 2011 played host to commercial coal mining after the Nigerian government assigned a mining license to one of the giant players in the country’s mining sector, the ETA Zuma Group.

The Group has a license to mine 100 million tonnes of coal from Okobo as well as a license to build coal power plants in nearby Itobe, Kogi state, capable of generating 1,200 MW with Okobo coal serving as a feeder.

The company had also promised to provide basic and social amenities such as sustainable access to safe water, infrastructure, schools and health facilities as part of its Corporate Social Responsibility (CSR) which in the Nigeria Mineral Act is referred to as Community Development Agreement (CDA).

The Act mandates mining companies to reach a CDA with any prospective host community. This should have, in writing, the terms of agreement that will ensure that the community benefits socially and economically from the exploration of its resources.

Five years down the line, residents of Okobo village have lived with nothing but endless machine grunts, an unfriendly and never-settling haze of contaminated dust and a seemingly hopeless battle for clean water, crops, rights and sanity.

No sleep for Okobo residents:

The Eta Zuma coal mines work round the clock every day of the week, as such; the peace and quiet typical of any Nigerian local community has eluded it. According to a resident, most of them trek to neighboring villages and communities just to catch a nap and experience some level of serenity.

Eight years old Acho with a croaking sneeze while attempting to pick pebbles from a possibly contaminated river suffers from some form of pulmonary ailment. His mother who doesn’t want to be named said like most of the other underage children in the village, life hasn’t been the same ever since Eta Zuma’s mining expedition.

With big tractors running at top speed on dusty roads, the entire Okobo gets immersed in dust which emanates not only from the lorries trawling the untarred roads, but also from the grinding of the coal within the Okobo mines. To worsen matters, the community members have no healthcare facilities in Okobo except for a two-room clinic constructed by ETA Zuma. Unfortunately, it is reserved exclusively for its staff.

No Air No Water No Soil:

Acid Mine Drainage is acknowledged to be the greatest risk that mining activities brings to water. Shortly before the opening of the coal mines, Okobo residents relied on water from a stream that runs through the village. The coming of the coal mine changed all that as excavation activities within the 5-meter deep open pit affected the ground water.

The ETA Zuma Group’s surface mining activities consumes large volumes of water and excavation activities have led to a disrupted water bed. The contaminated residue water from the activities find their way back to the community’s stream, which unfortunately remains the only source for domestic use.

An analysis by a non- governmental organization (NGO) Global Rights found a high level of copper, cadmium, chromium, phosphates and manganese in soil samples within 10 metres of the mining pit in Okobo for both dry and wet seasons.

Nigerian environmentalist Simon Adogba, who conducted an air quality analysis sometimes ago, had reported that “The concentration of carbon monoxide obtained for each of the monitoring point was between 187 and 208ppm, which is higher than the United States national ambient air quality standard of 35ppm for an hour’s exposure.

“According to the United States national ambient air quality standard, at concentration higher than 200ppm there is possibility of recurring headache, drowsiness, shortness of breath and nausea.”

Adogba’s report opined that, “For nitrogen dioxide, exposure to concentration higher than 0.0533ppm could lead to acute or chronic lung problem”.

No Functional CDA in place:

Okobo community can only boast of a primary school with five sparsely furnished classrooms, a lavatory shared into two parts and an overhead water tank, which supplied the water needs of the school and recently had been extended to the community after the stream was polluted by coal mining activities. The water which filled the overhead tank is supplied by a water tanker truck provided by ETA Zuma.

According to residents, the primary school was actually a replacement of the old school constructed by the government which collapsed due to strong vibrations from the company’s large excavation tractors. They are however irked by Eta Zuma’s stand that the former school building was already defective and was destined to collapse any way. They feel their rights have been trampled upon, and government is in no way ready to come to their aid, as around here, it is widely believed that local council officials are being bribed by the company to turn a blind eye to its life-wrecking activities.

Recently, Eta Zuma’s Executive Chairman Innocent Ezuma said his firm is committed to devel­oping communities in its oper­ational areas. With this commitment, he promised a Five Hundred Million Naira (N500,000,000) commu­nity development package for communities in the mine ar­eas of Okobo and Enjema for a period of 5 years commencing 2017.

According to Ezuma, modalities for imple­menting this package were still be­ing discussed and will soon be agreed upon. But residents here believe until the Federal Government fully commits to the implementation of the 2007 Mineral Act which subjects mining companies to sign long term CDA’s with host communities, Eta Zuma and its like will continue to explore and exploit their lands at will.