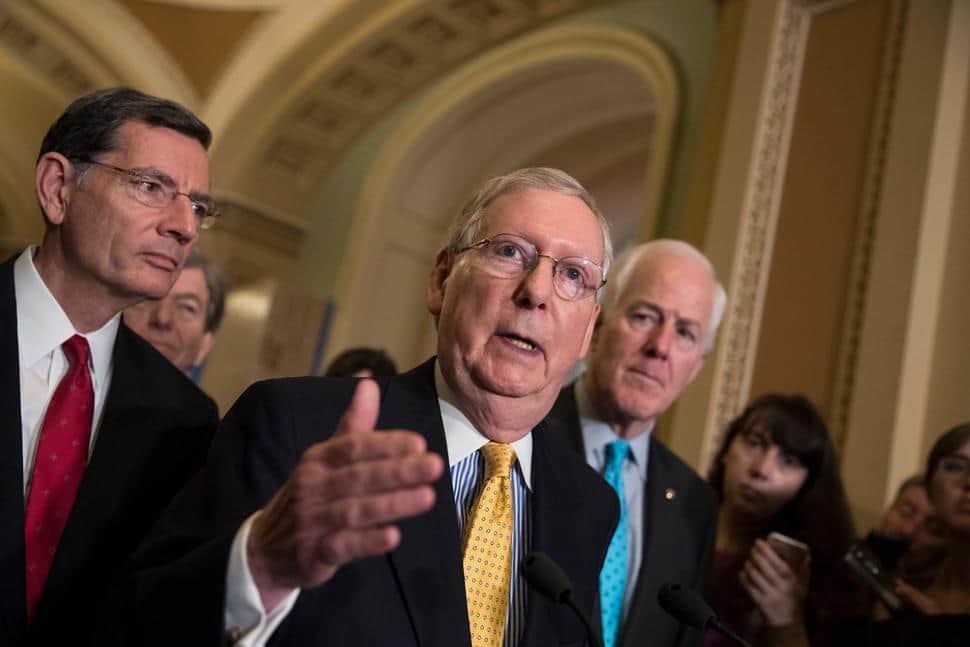 Senate Majority Leader Mitch McConnell has delayed a vote on the controversial healthcare legislation announced last week, as at least nine Republican senators are on the record opposing the legislation.

Republican opposition follows the Congressional Budget Office’s announcement on Monday that it would increase the number of uninsured Americans by 22 million by 2026.

Senator Lisa Murkowski (R-Alaska) opposed cuts to Planned Parenthood, and said of the delay,”I think that was an important step. I certainly wasn’t ready.”

Senator Collins told reporters Tuesday afternoon, “It’s difficult for me to see how any tinkering is going to satisfy my fundamental and deep concerns about the impact of the bill.”

Senator Jerry Moran (R-Kansas) voiced his opposition to the bill after the vote was delayed, tweeting, “The Senate healthcare bill missed the mark for Kansans and therefore did not have my support.”

The controversial bill would heavily impact blue collar white workers who provide a large part of the Republican Party’s support. The proposals would mostly benefit higher income people and families.

A poll released by USA Today found that only twelve percent of Americans supported the bill. A majority of respondents felt that Obamacare should remain intact.

The vote has been pushed back until after the July 4th recess.